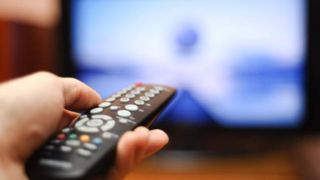 SAN FRANCISCO—Cable news ratings were through the roof in June 2020, thanks in large part to the nation-wide stories of COVID-19 and the protests against systemic racism, according to a new report from Samba TV.

It was a mixed bag for other channels and genres. Kids programming saw a decline in reach, highlighted by Nickelodeon (-6%) and Disney Channel (-20%), but the time spent for both networks was up from 2019—62% for Nickelodeon, 15% for Disney Channel—as households that usually watched these channels had their kids spending more time with them as many summer activities were cancelled because of COVID.

Sports networks like ESPN and Fox Sports 1 also saw a decline from June 2019, but that was because of a lack of live programming. July could see an upswing with the return of MLB and the NBA (albeit for two days).

Lifestyle channels, represented in this report by The Cooking Channel, The Food Network and Travel Channel, all saw increase in both reach and consumption.

For demographics, households earning more than $150,000 over-indexed on premium networks Showtime and HBO, as well as cable news networks CNN, Fox News and MSNBC. Households at the lower-end of the income spectrum under-indexed for each of those networks.

African-American households over-indexed on viewership of MSNBC and CNN compared to the U.S. as a whole, which actually was a repeat of the findings from 2019. The 2020 numbers were up though, from 9% to 15% for MSNBC, and from 8% to 19% for CNN.

“The pandemic, resulting shut downs and orders to stay at home have changed the TV viewing landscape,” said Dr. Jeffrey Silverman, director of Data Science & Analytics for Samba TV. “What’s particularly interesting, however, is that while linear TV isn’t attracting significantly more viewers, loyal viewers are spending much more time consuming programming. The big gains by cable news are proof that Americans couldn’t turn away from the twin news cycles gripping the country in June. Alternatively, the trends we see in lifestyle and children’s programming show that many households are looking for an escape as well as looking to keep kids occupied while they remain at home throughout the summer.”