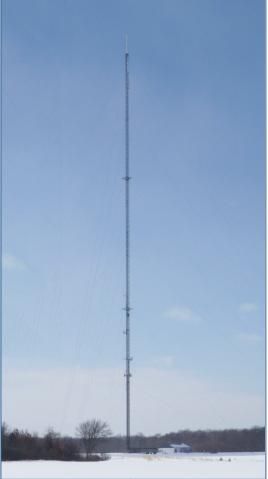 GARY, IND: Richland Towers of Tampa, Fla., picked up its second tall tower within a month. The firm acquired the 950-foot guyed structure used by WYIN-TV, a public broadcaster licensed to Gary, Ind., and serving the Chicago market. No financial details were disclosed. Richland’s Dave Denton said the location and height of the structure will create a “cost-effective redundancy site for Chicago TV and FM broadcasters.”

WYIN moved to the tower, located at its Crown Point, Ind., transmitter site, in November of 2003. With a $2 million state grant, WYIN installed a 54-foot digital antenna on the tower in February of 2004. The station transmits on Ch. 17 at 300 kW ERP, according to the FCC database.