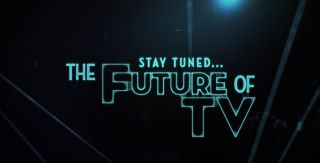 WASHINGTON: A lot has changed since the last time legislators passed the laws governing TV providers.

“My first TV, we got one channel,” said Texas Republican Joe Barton during a hearing on the future of video held today by the Energy and Commerce Subcommittee on Communications and Technology. Barton said he was the only one in 1980 to vote against the “re-regulation” of cable. “There are four or five companies at this table that did not exist then. I still don’t know what Roku is.”

Roku is the video service accessed through a set-top that connects directly to the Internet. Its vice president of production and management, Jim Funk, was one of the more neutral witnesses at the hearing. Others represented cable, broadcasting, satellite and over-the-top video providers, with varying opinions on retransmission, Internet throttling, carriage rights and Dish’s controversial ad-skipping set-top box, the Hopper.

“Dish has done nothing more than improve upon existing, legally accepted and widely available technologies,” Dish chief Charlie Ergen said of the Hopper. “This means allowing your kids to watch TV doesn’t mean they have no choice but to see commercials for junk food an alcohol.”

Broadcasters are suing Dish over the Hopper, primarily because it skips commercials only on broadcast networks and only in prime time. David Barrett, president and CEO of Hearst Television, said the Hopper would damage the ability of TV stations to provide local news. He argued that the device violated copyright law.

Gigi Sohn, president and CEO of Public Knowledge, disagreed. “It’s not a copyright issue, but an example of copyright being misstated and misused,” she said. “People have been skipping commercials for 50 years.”

John Dingell came out gunning against the Hopper, trying to extract “yes” or “no” answers from Ergen, who wasn’t having it.
“Is Dish being sued for copyright infringement?” the Michigan Democrat asked Ergen.
“Yes, but...” Ergen tried to clarify his response for the record, but Dingell asked the chair to call order on him. He then asked Ergen if the Hopper only provides skipping and automatic recording of affiliates of the Big Four broadcast network, to which Ergen replied: “No, it does not automatically record.”
Dingell then revealed the reason for his antipathy: “The Hopper potentially limits every member of this committee to reach constituents” during elections, he said. “Do you understand these concerns?”
Ergen: “I certainly understand consumers.”

While the courts deal with the Hopper, lawmakers must consider whether the statutes incorporated in the 1992 Cable Act still apply. The ’92 law established must-carry, retransmission consent, and the rules that assure cable and satellite operators have access to programming on a nondiscriminatory basis.

Over-the-top providers like Roku and Netflix were not around at the time. Same with Sky Angel, a self-defined IPTV service. Sky Angel CEO Robert Johnson told subcommittee members that both Discovery and C-Span had signed agreements with it and then pulled signals on the grounds that it didn’t qualify for nondiscriminatory program access under current law. Johnson said Sky Angel filed a complaint that the Federal Communications Commission has now sat on for more than two years.

“What if you’re required to?” Walden said.
“We’d have to look at that when it happens,” Johnson replied.

If so, Sky Angel would be drawn into one of the most contentious components of TV law. The usual battle lines were drawn when retrans came up elsewhere in the hearing. Barrett, representing the National Association of Broadcasters, said Congress got it right in 1992 when it said “broadcasters must be allowed to control the use of their signals by anyone engaged in retransmission by whatever means.”

Barrett said retrans fees support local news. Ergen said a large part of that revenue flows back to the network.

“Retrans fees have increased 300, 400 percent since I’ve been in this business, and the production of local news has decreased,” he said, citing news-sharing arrangements between stations. Ergen said that in some markets, competing stations have the same newscast. He called retrans “a government-sponsored monopoly” because pay providers can’t just bring in another network affiliate signal from a different market.

Florida Democrat Cliff Stearns said the ABC affiliate in Gainesville is blacked out on a local pay provider, and asked if blackouts are on the rise. Barrett said he didn’t believe so. Ergen said Dish had nine this year already, compared to six for the whole of 2011.

“It’s a bit of an unfair food fight. Broadcasters can switch to another video provider... They only get measured four times a year during sweeps, and operators can’t take them down during sweeps,” he said.

“No,” Sohn said. “What gets lost is that Mr. Barrett and his colleagues get their spectrum free for their content... I don’t know how you confiscate something that’s free.”

Barrett said it was a “mischaracterization that we get it for free.” He said broadcasters are allowed to use the spectrum in return for fulfilling public-interest obligations. “The notion that we get those licenses for free is baloney.”