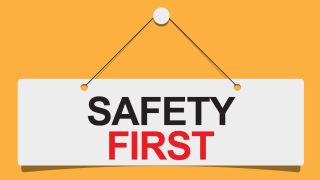 LOS ANGELES—A deal has been struck between the unions representing casts and crews and major studios on the specific protocols that will be put in place for the TV and film industries to safely resume production during the COVID-19 pandemic.

The negotiations spent months developing science-based protocols designed to minimize the risk of transmission, with the unique environments of TV and film production in mind. Among the guiding principles, which were based on “The Safe Way Forward” report released by unions back in June, include testing regimens, safety protocols, a zone-based system and use of personal protective equipment (PPE).

PLUS: Staying Safe on Set

As part of the agreement, every member of the cast and crew will be tested before their first day of work and will then subsequently undergo a regular testing protocol during the production. Productions will use Lab-based PCR test or rapid PCR tests in conjunction with lab-based PCR; antigen and antibody tests are not acceptable.

The “zone” system outlined in the deal lays out barriers in which those on set can flow based on proximity to cast, level of testing, PPE and the extent to which physical distancing can be observed.

Zone A includes performers—who are not able to utilize PPE or physical distancing when cameras are rolling—and those that come in close contact with performers; Zone A requires testing at least three times a week.

All other individuals in the production environment are required to utilize physical distancing and PPE at all times. They are broken into three different zones: Zone B includes those who work on set but not when performers are present without PPE and requires testing once a week; Zone C covers workers in production areas other than the set and must be tested at a minimum of once every two weeks; and Zone D covers remote workers associated with the production but not working in the production environment, and requires a test prior to their first day of employment.

The deal also stipulates that each production must have a designated COVID-19 compliance supervisor.

In the event that an employee has a positive test or shows other possible signs of COVID, they will receive 10 days of COVID-19 paid sick leave; the employee will be reinstated once they have been cleared to return to work. In addition, employees that are required to quarantine or isolate at the request of an employer, or as required by law, will receive quarantine pay.

“This agreement establishes sensible, science-based protocols that allow members to return to doing the work they love while managing risk,” said Gabrielle Carteris, president of SAG-AFTRA. “I am grateful to our sister unions, who pulled together during this extended crisis, as well as to the studios for collaborating on this important issue.”

Additional information on the guidelines can be found on the union websites.