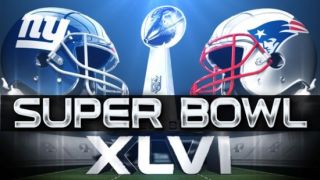 NEW YORK– Nielsen’s data reveals that live sporting events trumped all others for total viewers in 2012.

The top 10 was rounded out for single telecast programs with the Summer Olympics Opening Ceremony on NBC had 40.7 million viewers, followed closely by CBS’ showing of the Grammy awards, which attracted nearly 40 million.

Regularly scheduled programming showed that sports and competition shows in this category also draw the most viewers, although CBS programs “NCIS” and “Vegas” remain competitive with 13.6 million and 11.7 million viewers, respectively. However, “NBC Sunday Night Football” broadcasts still attracted the most viewers (21.2 million), with the pre-kick show bringing 15.7 million people to their TVs. Fox’s “American Idol” had 18 million viewers for Wednesday and 16.5 million for Thursday. For ABC, “Dancing with the Stars” drew 15. 5 million viewers. “The Voice on NBC had 13.22 million viewers, just under the NFL regular season as broadcast on ESPN, which attracted 13.24 million.

In the category of time-shifted TV, AMC’s “Breaking Bad” and “Mad Men” led, with an increase in viewership of 130 percent and 127 percent, respectively. SiFy’s “Warehouse 13” followed, also with 127 percent. USA Network saw “Covert Affairs” increase by 117 percent, “Suits” by 110 percent and “White Collar” by 108 percent. FX’s “Justified” increased viewership by 108 percent, and its “Sons of Anarchy” increased by 105 percent, while the new program “American Horror Story” saw a 103 percent increase. Fox finished out the category by placing eighth with “Fringe” and its 106 percent increase.