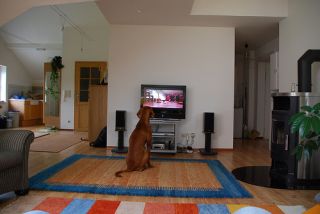 NEW YORK: Another 1 million U.S. households have earned the distinction of being comprised in the Nielsen count. The ratings firm said recently that the total number of U.S. TV households would reach 115.9 million in the 2010-11 season. The figure is up from 114.9 million for the 2009-10 season.

The addition of 1 million homes means an increase of more than 2 million people two years and older. The TV-watching headcount in the United States now stands at 294,650,000.

Nielsen said rankings--based on total number of TV households--for the top 10 local TV markets remained the same, but within the top 20, Miami-Ft. Lauderdale edged out Denver at No. 16. Among all markets, the Texas metro areas of Austin and Odessa-Midland both jumped the most, rising four spots in the ranks. The United States is divided into 210 TV markets.

“Major metropolitan areas lost less population than usual partially attributable to baby boomers delaying retirement plans, individuals unable to sell their homes, and/or individuals unwilling to move away from job-heavy markets,” Nielsen said. “However, the recent increase in rank changes for this year seems to imply some of these phenomena are relatively short term and/or heavily contingent upon economic conditions.”

Nielsen noted that the new count did not necessarily represent actual population changes, but rather an adjustment to recent U.S. Census information.

E.g., New Orleans dropped for the first time in the Hurricane Katrina recovery period. It’s now market No. 52, rather than 51. While population continues to increase, Nielsen said previous estimates of the number of people per household were too conservative:

“To better reflect contemporary population dynamics in the area, the PPH ratio was increased for the recent estimate, based on recent U.S. Census Bureau data, resulting in a smaller than usual increase in the total household estimate for this year which allowed the Buffalo [N.Y.] market to pass New Orleans.”
-- Deborah D. McAdams