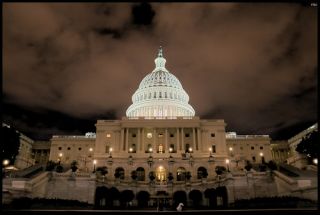 WASHINGTON: A movement in New York to dismantle retransmission consent rules reached Capitol Hill, where two of the state’s representatives are calling for reform. Reps. Steve Israel (D-N.Y.) and Peter King, (R-N.Y.) sent a letter to their House colleagues urging a retrans overhaul. Six broadcast executives responded with a note of their own to King and Israel.

“On behalf of our millions of viewers and thousands of employees in New York, we want to share our very strong concerns with your assertion that these rules are outdated, that they lead to higher subscription rates, and that the government should somehow intervene,” stated the letter signed by executives from Disney, CBS, News Corp., NBC, Univision and the National Association of Broadcasters. “Your call for changes to this longstanding and effective federal policy will have serious consequences to not only New York City viewers and the New York economy, but nationwide as well. With broadcast stations serving New York City and the metropolitan area, we want to present an alternative view...”

The letter proceeded to review the 1992 establishment by Congress of retransmission consent rules, allowing TV stations to charge cable and satellite operators fees to carry their signals. Negotiations intensified after cable and satellite started charging subscribers extra for high-definition broadcast signals. Retrans agreement talks frequently are extended through threats of signal loss, though broadcasters rarely pull signals for more than part of a day.

Richard Bates of Disney, John Orlando of CBS, Michael Ragan of News Corp., Bob Okun of NBC, Bert Gomez or Univision and Laurie Knight of the NAB signed the letter, which resembled one sent by New York City broadcasters last week to the local government. New York City’s executives are proposing a resolution to ask Congress for retrans reform. A group of local broadcasters responded that retrans revenues were necessary for stations to continue broadcasting.

The Washington contingent made a similar case to King and Israel, reflecting the “unified voice” the broadcast industry is cultivating to fight retransmission reform and wholesale spectrum reallocation. Like the New York broadcasters, they said there was no evidence that retrans caused service disruptions or higher cable and satellite bills.

“According to a recent analysis of Time Warner Cable, one of the leading New York City area providers, programming costs represent no more than one-third of their operating costs and that percentage has actually declined over the past four years,” they said. “Cable companies in New York City and around the country are enormously profitable, with very high profit margins.”

The New York retrans battle coincided with the formation of a pay TV alliance seeking to prohibit broadcasters from pulling signals during negotiations.

See...
July 15, 2010: “New York Broadcasters Band Against City’s Retrans Proposal”
“As broadcast stations serving New York City and the metropolitan area, we are deeply concerned about the resolutions and the impact the proposed changes to federal policy could have for New York City area residents.”