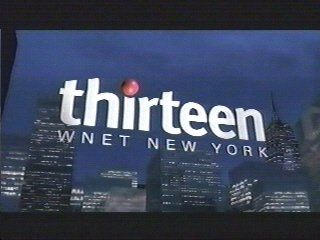 TRENTON, N.J.: The State of New Jersey may just hand over operation of its own broadcast network to a New York pubcaster. New Jersey Gov. Chris Christie today announced his recommendation that WNET program the New Jersey Network, NJN. WNET is the parent company of the eponymous call-lettered New York PBS member station, also referred to as “Thirteen,” and WLIW, the PBS member station in Long Island. WNET is led by Neal Shapiro, former president of NBC News.

WNET said Gov. Christie’s office began looking for “alternative operating models for the state’s only public television network in light of increasing budget pressures.” The New Jersey legislature must approve the recommendation, and is expected to do so within the next two weeks or so. Once the decision is finalized, WNET will provide programming and services for NJN under a five-year contract. The spectrum license will continue to be managed by the State of New Jersey.

“We are pleased with the governor’s confidence in our ability to add value to New Jersey's public television presence," said Shapiro said. "It has been a challenging few years for public television, and all media companies around the country. Consolidation has become the way to streamline operations while continuing to serve the community. WNET has used innovation, ingenuity and partnerships to withstand the current challenges and enhance our value to viewers. We are ready and willing to do the same for New Jersey public television."

The network will be re-named NJTV. New programs on deck include a summer edition of “NJ Today,” a news show to air four times daily as does the networks current news franchise. “NJ Today” will be beefed up in the fall with more in-depth interviews “similar to the PBS ‘NewsHour,’” WNET said. WNET will also add Charlie Rose to the slate as well as a children’s block Monday-Friday, from 7 a.m. to 5 p.m.

NJTV will be programmed by a New Jersey-based non-profit entity--Public Media NJ--with a New Jersey-based Board of Trustees. The network will maintain offices in New Jersey that will house up to 15 or 20 employees focused on editorial, community outreach, production, fundraising and underwriting functions. The back office functions of NJTV, including finance, communications, and legal, will be based in Manhattan.

The New Jersey legislature has 15 days to vote on Gov. Christie's recommendation. If approved, WNET will begin providing programming and services to NJN effective July 1. The Wall Street Journal reports that the agreement could result in the loss of 130 jobs at NJN, which has been on the air since 1971.