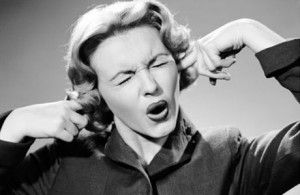 The CALM Act — the new law to regulate the level of television audio content — is set to go into effect Dec. 13. Now, the National Cable & Telecommunications Association (NTCA) has asked the FCC to limit the new rule only to commercial spots.

The trade group, in an FCC filing, has asked the FCC to omit “promotional material” from the CALM rules, saying it will place too great burden on television operators. In addition, the NTCA wants clarification from the commission that a cable operator will not be held liable in instances in which it has notified a network and the FCC of a network’s noncompliance with the CALM Act.

The NCTA said the commission “completely overlooks the increased burdens resulting from extending the rules to networks that carry no commercial advertising but do carry promos, such as C-SPAN, Disney Channel and premium networks.” As an example the NCTA used the Washington D.C. market, where it claimed complying with CALM compliance, certification and spot-check testing will extend to about 40 additional networks.

The CALM Act, passed by Congress and signed by President Obama, mandates that ads be no louder than the programming they surround.