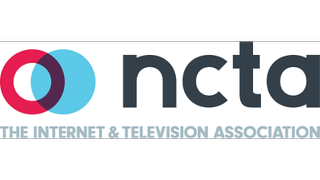 WASHINGTON—New broadcast internet services should be subject to the same rules as traditional broadcast television licensees, the NCTA—The Internet & Television Association told the FCC. All efforts should also be taken to protect cable operators’ service from derogation from these new ancillary services.

NCTA filed these comments as a response to the FCCs’ Notice of Proposed Rulemaking regarding broadcasters’ ancillary and supplementary services.

In June, the FCC voted to help promote broadcasting as a new ancillary/competitive broadband service by not having legacy broadcast TV attribution and ownership regulations to broadcast-delivered internet services, termed broadcast internet services.

With the deployment of ATSC 3.0 currently underway, this would cover new services and technologies that the next-gen standard can support beyond those for TV. While NCTA stresses that it is not opposed to such innovation, it does want the FCC to ensure that it protects the public interest by promoting regulatory parity between traditional and new services. The association’s comments outline a number of ways to do this.

The NPRM also attempts to address what fee should be assessed to these new ancillary services, even posing the question of whether there should be no fee so as to promote new services. NCTA opposes this idea, saying that “there is no policy or legal justification to depart from the statutory standard” of fees of 5% gross revenues. Any reevaluation of the fee must be based on an economic study of the auction value of relevant spectrum after an ancillary service is launched, NCTA argues.

NCTA also seems to align similarly with an argument raised previously by ATVA about protecting broadcasters primary service over ancillary ones. In response to the FCC’s question on whether a broadcaster’s replacement of an HD offering with an SD one to deploy ancillary services should be deemed a derogation, NCTA’s answer is yes and believes that such action should be prohibited.

In addition, NCTA believes that there should not be exemption of ancillary services from analogous service rules even if they are “de minimis” operations—services provided only an hour each day or no more than 48 hours a month.

“[T]he commission should take steps now to ensure that the rules governing ancillary and supplementary services—whether provided using ATSC 3.0 or ATSC 1.0—are consistent with the statutory language and advance Congress’s and the commission’s public interest goals,” NCTA concludes.

The full comments are available through FCC’s ECFS.