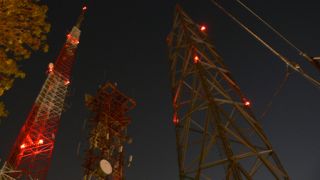 WASHINGTON—NAB, in reply to comments regarding the FCC’s TV white space (TVWS) device proposed rulemaking notice, told the commission that consistent with Part 15 rules and as “a matter of law” that harmful interference from an unlicensed service must not be allowed to cause harmful interference to licensed users.

In the filing, the association said it and Microsoft had worked for several months to negotiate a “set of beneficial adjustments” to the FCC’s existing rules that would allow improvement in TVWS service while protecting TV broadcasters from interference.

“Unfortunately, some commenters seek to expand the scope of this proceeding into areas that have already been fully debated and where there have been no new developments that would warrant changes,” said NAB in its comments.

The baseline for any adopted rule changes must be that they don’t increase the risk of harmful interference, it reiterated.

The association urged the FCC to dismiss what it dubbed “extraneous proposals,” such as alternative propagation models, power increases and reduced frequency coordination requirements, because the agency “cannot conclude they will not increase the potential for harmful interference,” the filing said.

PLUS: Senators Push for FCC Action on White Spaces

In opposition to the assertion of the Public Interest Spectrum Coalition (PISC) and the Wireless Internet Service Providers Association (WISPA) that television service is “overprotected” based on “free-space propagation models and worst-case assumptions” about TV receiver performance, NAB told the FCC that contour protection is the only reasonable way to protect consumer TV receivers, which operate as “hidden nodes.”

NAB reminded the FCC that the contours used to protect TV service in an area are from “the empirically derived R-6602 propagation curves as codified in the Commission’s rules,” not on free-space propagation.

Further, it told the FCC that TVWS protection requirements are “relaxed” when compared to the commission’s other broadcast protection rules. It also disputed a WISPA assertion that ATSC 3.0 is more robust against interference, saying there is no basis for the statement.

“The Commission should not change its protection methodology with respect to television receivers until a far more substantial technical record based on real world experience with ATSC 3.0 deployments is available,” NAB said.

The association told the FCC that it should not permit increased transmitter power for TVWS devices. Doing so inevitably will lead to “inadvertent or intentional overpower operation,” it said.

NAB also told the commission that it should allow geo-fenced TVWS operation but that restrictions are warranted and that the protection distances for T-Band land-mobile radio protection should be increased.

“NAB continues to believe that the alternative notification process suggested in the NPRM will lead to interference that will be difficult to identify,” it said. However, if the commission favors the notification process rather than Microsoft’s proposed coordination procedures, the advanced notice should be longer than 48 hours.

Similarly, Microsoft used an ATSC 3.0 dongle costing about $1,000 and marketed as a “professional grade” receiver to test first-adjacent channels with respect to NextGen TV. “The consumer ATSC 3.0 receiver market is plainly in a nascent stage, and without a wider base of tested receivers the Commission cannot draw any conclusions about the susceptibility of future 3.0 receivers to interference,” it said.

NAB concluded by urging the FCC to move forward in an expeditious manner “with the proposals set forth in the NPRM that are uncontroversial and technically supported.”

The NAB comments are available in full online.