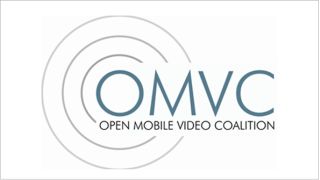 The NAB will integrate the functions of the Open Mobile Video Coalition (OMVC) into its operation beginning Jan. 1, 2013.

Anne Schelle, executive director of OMVC, will assist with the transition as a senior policy consultant to NAB.

The Open Mobile Video Coalition began its advocacy for mobile DTV in 2007. Along the way, it has worked to develop the mobile-DTV ecosystem necessary to make mobile digital television a reality.

"The purpose of the OMVC was to help develop a Mobile TV standard; create an ecosystem for broadcasters, manufacturers and other interested parties; and to encourage device development," Schelle said.

She added, "We've done that, and with the recent launch of Dyle mobile TV, operated by a consortium of broadcasters known as the Mobile Content Venture, and similar activities by the Mobile500 Alliance, Mobile TV is available in more than 35 U.S. markets covering some 55 percent of the population. Integration with the NAB is the logical next step as the commercialization of Mobile TV enters its next exciting phase."

Gordon Smith, NAB president and CEO, expressed appreciation for the work OMVC has done to advance mobile DTV and pledged to put the association’s full support behind building even greater momentum.

"Through the joint efforts of the OMVC, ATSC and innumerable technical groups, the groundwork has been laid for an exciting new TV experience delivered to mobile devices," Smith said. "The NAB, as the voice of the broadcast industry, is the perfect home for this activity as it blossoms into the next great U.S. technology story."