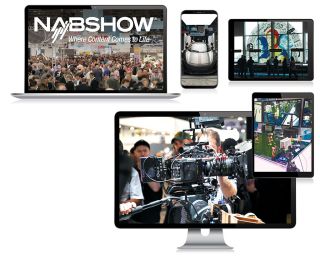 LAS VEGAS—When tens of thousands of attendees descend on this desert city this April, there will be much to discuss: NextGen TV and advanced advertising; cloud virtualization and OTT; the repack and 5G. But there’s an important task to accomplish before then.

Consider as we head into the 2020 NAB Show: What does the future look like for your organization? And how do you want to get there? “The thing I’d encourage [is not] to really focus on specific topics,” said Rick Ducey, managing director of the consulting firm BIA/Kelsey. Technologies like 5G and IP are important, he said, but the real question is, what ultimately do broadcasters want to do about them when it comes to their long-term business strategy.

“It’s a bit like going to the grocery store, loading your basket, getting home and then saying, ‘now what?’ You need a plan and a strategy,” he said.

Attendees at the NAB Show, April 18-22, should start by considering what products and services are they building for the future, to serve what needs and demands, in what markets and what business models.

“Gone are the days of one simple flowchart that can fully explain that entire ecosystem,” said Chris Brown, NAB executive vice president of conventions and business operations. “With the growth of the show and the rapid evolution of the media and entertainment industry, what has emerged is a very interdependent set of disciplines and sub-sectors that each has a unique perspective and set of needs.”

Where to begin? This year’s show will underscore major trends facing the industry and will be broken into three major elements: creation and production, distribution and monetization, and content and consumption.

Leading the way: The impact of streaming and OTT on the media industry that will be covered during the two-day Streaming Summit, which returns this year. The streaming market has grown much more crowded since the last time the industry gathered in Las Vegas.

“Streaming has moved well beyond just a trend bubbling in the background,” Brown said. “The continued growth in consumption of streamed content as well as the rollout of several new services by major entertainment brands means that streaming is becoming more and more a part of mainstream content distribution.”

There will be abundant proof of this when attendees walk through the doors of the Las Vegas Convention Center. Here, 12 separate living room spaces will be set up in the middle of the lobby as part of “The Streaming Experience,” a new OTT demo area that will offer more than 50 OTT platforms across 80 devices, including streaming boxes, smart TVs, tablets and mobile devices. The goal is to make comparisons that an ordinary viewer wouldn’t get the opportunity to make—such as contrasting content, video quality, ad formats, playback features and delivery methods, according to Dan Rayburn, Streaming Summit chairman.

What makes this experience different from many of the other buzzwords floating around the show, Rayburn said, is that this technology is tangible and real.

“A lot of the buzzwords that people talk about are not real. 5G is not yet real; no one can see it,” he said. “Everything … [in the Streaming Experience] is real-world right now. You can see it, buy it, use it, touch it.”

The area will include streaming content from Apple TV+, Amazon Prime Video, Disney+, Netflix and others, and will include hardware—which will be raffled off at the show’s conclusion—from the likes of Amazon, PlayStation, Apple and Samsung.

As cozy as this living room setup may be, the goal is to give attendees the chance to test out nearly every live and on-demand streaming service on the market today.

The chief technology officer of Warner-Media, Jeremy Legg, will give a keynote at the summit and is expected to touch on the challenges of transitioning thousands of consumers from one streaming platform to another—namely the recently announced HBOMax streaming platform that is set to debut in May. WarnerMedia is one example of a company that is attempting to harness disparate brands under its umbrella—including HBO, DC Comics and CNN—and loop them into a new streaming venture.

This opens up a key opportunity for the media industry.

What’s key for broadcasters to understand is that they maintain a critical and valued role in the local video ecosystem as both content creators and distributors, said Ducey. Television will not be jumping ship from its core audience and goals anytime soon, he said, even as streaming and OTT continues to thrive.

“For generations, local audiences connected with their favorite TV content first over-the-air and then via MVPD systems,” he said. “Local TV broadcasters have now extended the ways they connect with audiences leveraging newer, exciting and highly impactful IP-based technologies, more bandwidth and better processing from smart TVs, mobile devices along with PCs, laptops and tablets. As audiences migrate to these new distribution and consumption environments, so too must broadcasters.”

Today, it’s connected TV that is attracting most of the viewing and ad spending, Ducey said, including smart TVs that access various TV apps, AVOD (free ad-supported on-demand streaming video services) and subscription-based VOD services. While there is certainly successful viewing of OTT video on non-TV devices, broadcasters should be aware that ad units on smart TVs are more engaging and attractive to buyers, Ducey said.

Broadcasters should also pay close attention to reports like the recent one in Variety that revealed that traditional pay TV providers dropped 6 million customers in 2019, a 7% year-over-year decline. Those customers are turning to streaming packages like Netflix, Hulu and others. That represents a key opportunity for broadcasters, who are marking 2020 by rolling out NextGen TV—which combines over the air broadcasts with OTT—to dozens of markets in 2020.

“Local broadcasters are building out their new NextGen TV platforms to provide greatly enhanced video, audio and data along with robust mobile and IoT services,” Ducey said, adding that analysts are already seeing an increase in TV antenna sales. “With NextGen TVs, I expect local TV groups will find their investments in their own local TV distribution platform will yield significant returns from not just traditional but new services.”

NextGen TV (aka ATSC 3.0) will be a prime focus at the show, according to Madeleine Noland, president of ATSC. In addition to broadcasters in the top 40 markets deploying NextGen TV this year, retailers will begin offering “20 in 2020”— or 20 different receiver models from Samsung, LG and Sony by the holiday shopping season.

Pearl TV, the consortium of broadcasters and manufacturers focused on developing the framework for NextGen TV has also gotten bigger with the addition of Sinclair Broadcast Group, announced last month.

“Pearl TV has been able to galvanize the industry around what this new TV service will be like,” Noland said. The addition of Sinclair gives “the industry a clear understanding that a majority of broadcasters are going to be aligned around the initial [set of] features of ATSC,” she said. Other Pearl TV members include Cox Media Group, Hearst Television and Nexstar Media, among others.

Noland also pointed to the Phoenix Model Market initiative, a collaborative beta program created to streamline the transition to NextGen TV. “This model has been extremely important to get all of the stakeholders in one area to experiment with the technology, from interoperability to channel-sharing agreements,” she said.

Companies will showcase examples of NextGen TV-enhanced audio, emergency alerting, car navigation system updates and mobile delivery demonstrations. “I think you’ll probably see a large number of vendors and manufacturers showing different products to engage the 3.0 ecosystem, many of which will blossom in 2020,” said Noland, who added that the organization will have a booth and demonstration area on the show floor this year. “It’s going to be a real tidal wave of ATSC 3.0 demonstrations.”

As of press time, the organization said about a dozen stations are testing ATSC 3.0 signals and more are expected by the end of April. “I would anticipate that there would be commercial broadcasters on the air by the time NAB 2020 rolls around,” Noland said.

Change for the broadcast industry is coming from regulatory quarters too, both in the form of existing technologies as well as emerging ones like 5G.

The FCC wants to sell off sections of C-Band spectrum, which is currently used by satellite operators to deliver video and audio to broadcasters, cable systems and other content distributors. The subsequent public auction will make 280 MHz of the spectrum available to spur 5G development, despite concerns shared by radio and TV broadcasters about protecting existing users who rely on C-Band.

The NAB is carefully monitoring the process, urging the commission to establish “quality control” for the transition in order to prevent lost services or interference, adding that it “looks forward to working with the FCC towards a solution that benefits both current and new users of the spectrum band.”

The auction is expected to take place in December 2020.

The FCC has also made additional moves to promote 5G deployment, including supporting the development and use of virtualized radio access networks. At the show, sessions like “5G is Coming, Whether We’re Ready or Not” will look at where things stand on this next-generation wireless network and how the media and entertainment industry can prepare. Other sessions will look at how 5G can be used to revolutionize digital newsgathering applications and remote production capabilities.

The show will also provide an update on the TV-band repack, scheduled to be completed by this summer. The Broadcast Engineering and IT Conference will walk attendees through the steps to take after a TV channel is repacked and how to interpret the commissioning documentation a station might receive to maintain and troubleshoot a transmission system.

IP will also be in the spotlight. Sessions will touch on how media companies are sending live broadcast-quality video over managed IP networks. Other sessions will look at why major media companies—such as the PBS Network Operations Center—decided to transition its HD-SDI facility to a fully IP-based facility and how the technology is meeting PBS’s need for a more tightly integrated workflow.

This year, the exhibit floor will open at noon on Sunday, April 19 (traditionally, the show floor opens Monday morning).

“We changed the opening day to Sunday in direct response to what we were hearing from a big portion of the show’s audience,” said Brown, adding that individuals from the production and post industries in particular were looking for that Sunday start time to make the show more accessible for their schedules.

Also new this year: “CineCentral,” a new demo and learning area in the Central Hall; the “NSpire” conference that brings together next-gen content creators with industry pros; and “Birds of a Feather,” in which creators share best practices in a peer-to-peer format. Also new: an AWS Theater that features a lineup of immersive industry sessions led by AWS industry experts, partners and customers.

More information about the show can be found at NABshow.com.