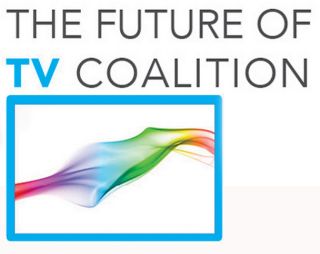 WASHINGTON: The National Association of Broadcasters highlighted the opportunity for greater diversity on broadcast TV during an event to launch the Future of TV Coalition.

Former Ambassador Andrew Young, one of the principals of the recently launched Bounce TV broadcast network, was on hand. Bounce TV is the first broadcast network programmed specifically to black Americans. He said networks like Bounce provided the opportunity for smaller business to buy TV advertising.

“Almost anything is possible when you have the outlet,” he said.

Gordon Smith, chief of the NAB and a former member of the Senate Commerce Committee during the digital transition, said one of the hopes for taking TV digital was that broadcasters would “strive for diversity, and... become more mobile and use [the] spectrum efficiently and inclusively.”

Vme was held up as an example. The Spanish-language diginet launched by PBS member stations across the United States is now the fourth largest Spanish-language broadcast network, said Carmen DeRienzo founding president and CEO. She said that 23 percent of U.S. Hispanic households comprising 12 million people--many of whom are low income--relied on broadcast-only TV.

Dave Lougee, president of Gannett, a member of two organizations promoting mobile DTV, said stations reaching half the U.S. audience were ready to launch the service. It will target smartphones, tablets and cars, and one of the groups--Mobile Content Venture--is “getting commitments from consumer electronics makers, he said.

Richard Schneider was also at the event. Schneider started Antennas Direct, the St. Louis area maker of broadcast TV antennas. Schneider is a vocal proponent of over-the-air TV who says adoption continues to grow, despite the predictions that it would diminish after the June 2009 DTV transition.

“Growth has accelerated since digital transition,” he said. “Most of the customers who are buying them are not the elderly, not the indigent, but 25-somethings.”

Schneider said that he initially built 100 antennas for the online business. Those sold out in 48 hours. The next batch of 250 sold out in 22 hours. The original goal, he said, was to sell 25 a month. The company shipped 80,000 antennas last month alone, he said.

“We don’t even have Walmart yet, but they called up because they’re seeing a shift as well,’ he said.