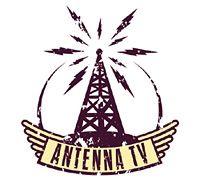 ALEXANDRIA, VA.—If there's an elephant in the room this winter as the FCC considers how to repurpose more than 100 MHz of digital broadcast spectrum for other services as part of a national broadband plan, it could be the relative dearth of multicast channels among commercial broadcasters more than a year-and-a-half into the digital transition.

By December 2010, there were 1,618 multicast signals being provided by all TV stations in America, according to BIA Advisory Services in Chantilly, Va. But only two-thirds of these channels (1,086) are commercial—averaging out to less than one multicast signal per commercial licensee. The remaining multicast outlets (532) are generated by only 360 non-commercial stations.

Tribune's "Antenna TV" multicast channel launched Jan. 1. BIA Vice President Mark Fratrik said some commercial broadcasters are filling their multicast spectrum with various newer networks like This TV (owned by MGM and Weigel Broadcasting) and RTV (aka Retro Television Network, owned by Luken Communications) to unserved areas, as well as content from the big four in regions where they're not otherwise available (i.e., NBC in Glendive, Mont; Fox in Presque Isle, Maine).

Yet a perceived lack of multicast buildout (no doubt exacerbated by a down economy) has disappointed some key multichannel proponents in Washington. FCC Commissioner Michael Copps said in remarks earmarked for a broadband planning meeting in November that "it's no secret I have been disappointed that so much of the spectrum dividend that accrued to broadcasters as a result of the DTV transition goes dramatically under-utilized. I am not interested in pushing broadcasters somewhere else… but public interest multicasting remains, all too often, a concept—not a reality," Copps wrote.

"Multicasting has not happened according to plan," said James McQuivey, principal analyst at Forrester Research. "When analog TV spectrum was being allocated for digital, broadcasters promised all kinds of social benefits to come from multicasting if they could just keep that large piece of spectrum. And maybe their hearts were in it at the time, when they expected their broadcast monopolies would still hold into the foreseeable future."

"People can get video content in so many ways now that broadcasters and cable alike are all struggling to deal with the fact they're saddled with expensive infrastructure that is now easily bypassed," said McQuivey.

But in PTV, where audience numbers are not as important, multicasting is far more common—aided by the fact that PBS delivers three multicast-channel feeds from its base in Arlington, Va.: Create, World, and V-Me. Lakeland Public Television, which serves outstate Minnesota (KAWE/Bemidji and KAWB/Brainerd), offers four multicast channels, along with its main HD (720p) signal—L-Kids, a locally generated channel; Create, featuring DIY programming; L-Plus, offering the best of PBS primetime; and M-MN, a statewide resource collaboration of Minnesota's PTV stations which also includes gavel-to-gavel legislative coverage from St. Paul.

"Multicasting is perfect for public TV because we can better serve our audiences with more choices spread over multiple channels," said Lakeland GM Bill Sanford, whose signals are somehow included in the Minneapolis-St. Paul market (DMA 15), even though their audiences are 200 miles from the Twin Cities. Consequently, there are no applicable Nielsen numbers on Lakeland's multicast channels. (Sanford calls this data void "a blessing and a curse.")

While Glassman, like Sanford, said WRC-TV is not yet collecting multicast audience data, the broadcaster knows there's some "crossover" between DC Nonstop and its main HD channel ("NBC4"). A promotional campaign for both channels is in the works for 2011. "We believe in serving our communities and our audiences by providing them with relevant and timely content…" Glassman said. "Our multicast channels are another platform that allows us to do that." Both of WRC's multicast services provide limited paid advertising.

Sinclair Broadcast Group oversees 58 stations in 35 markets and its multicast services offer mostly non-local content for the moment. SBG Chief Financial Officer David Amy said "carrying other services at this time is the best use of the spectrum for the public and for us as a business. The content in most cases is unique to the market—such as TheCoolTV and Country network. But we also have a Spanish-language station and movie channels..."

SBG's retransmission deals typically include the right to have its secondary channels carried. For PTV's Sanford in Minnesota, "[retransmission] is a challenge, but we're making headway with cable carriage… It just requires a lot of hoop-jumping."

Meanwhile, at least one major broadcaster has begun syndicating its own non-local multicast channel beyond its O&Os. On New Year's Day, Tribune began airing "Antenna TV" over the air. The multicast-targeted venue features classic TV shows dating back to "Father Knows Best," along with a wide selection of movie titles, including "The Three Stooges." Tribune's well-known superstation airs Antenna TV at WGN-DT 9.2 in its home DMA, Chicago.

By late December, Antenna TV was closing in on 40 affiliates in seven of the top 10 DMAs (including all top 5), clearing roughly 45 percent of the country, according to a Tribune spokesperson.