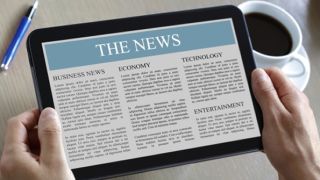 A new survey from KPMG finds nearly six in 10 U.S. consumers prefer to watch television while having their smartphones, media tablets or computers nearby to multitask online at the same time.

The survey, “KPMG International 2013 Digital Debate,” of 1000 U.S. consumers and 9000 consumers outside the country, found that 42 percent of those polled in the United States said while watching TV they access the Internet with their laptop or PCs or computers, and 17 percent reported doing so with their smartphones while watching television.

The survey found viewing video content via television remains the most popular method among consumers, 14 percent of respondents in the United States said they prefer to watch TV on their smartphone or media tablet. KPMG attributes this largely to an emerging wave of mobile-centric consumers in the 25- to 35-year-old age group.

“The move to digital has had a dramatic impact on how we consume music, publishing and newspapers,” said Paul Wissmann, national leader of KPMG’s U.S. Media & Telecommunications practice. “But we are still early in the process of a transition to digital anytime-anywhere availability across all media sectors.

Key findings among U.S. respondents include:

The survey found that across the globe, urban consumers in China, Brazil and Singapore are the top users of digital media due to strong adoption of smartphones and tablets. A new generation of mobile-centric consumer is having its first media experience with mobile devices. This group prefers digital media, and increased mobile network performance will only strengthen the trend.

The survey also found that globally across all markets consumers spend about the same amount of time accessing media online as they do via traditional media.