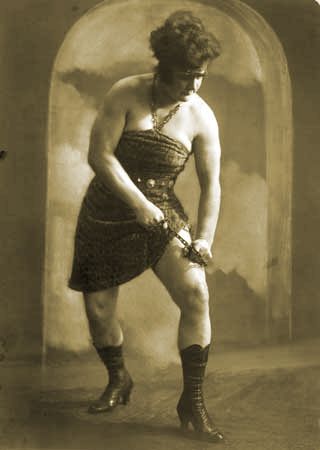 ROPES: Broadcasting took a one-two punch this week. First, the House bill authorizing Verizon and AT&T to buy out the TV spectrum passed the subcommittee without a white-space provision. So all those unlicensed devices intended to operate among TV signals in 49 channels will be squeezed into 29 channels along with whatever TV stations remain. Not to mention broadcast auxiliary services, wireless mics and temporary frequency use during live events like the Super Bowl. I wonder if the guys at NBC are hording spools of cable.

Now it may seem only fair that there’s no white space carve-out for unlicensed devices in the radically reduced TV band. TV signals are federally protected from interference, after all, as long as long as the source of the interference can be found. However, unless some enterprising broadcast engineer writes an app for tracking unlicensed devices, they’ll pretty much be elusive. They are supposed to be able to avoid occupied frequencies by checking a database, which--after all the TV channels in the townhouse are squeezed into a Coleman tent--will be accurate in the year 2212.

All right, it might all work. Seriously. I’m probably just being cynical, and the TV band will not become the Mardi Gras of radio frequency noise, effectively knocking the industry out of existence once and for all. No, because Verizon has an app for that!

Our wacky, clever friends at the company that doesn’t need no stinkin’ customer service department because they own you has gone and eloped with the biggest cable operators in the country. Verizon Wireless today bought out the spectrum that Comcast, Time Warner Cable and Bright House were not squatting on for $3.6 billion, netting the cable operators a 60 percent return for holding onto it and doing nothing with it but not squatting on it since 2006.

The deal sprouts multiple roses for Verizon. On one hand, it appears to drive up the price of spectrum just as legislators are considering how much they can sell so they can use that money to buy more special favors for their special friends. (Note: If you are occupying anyplace at all in a Coleman tent, you are probably not one of these.) The deal provides that much more ammunition for the Administration’s efforts to hand the TV spectrum over to the super carriers who--and let me be clear here--will never, ever, ever, ever, ever, ever, ever, ever give back America’s spectrum no matter what, but they will need massive taxpayer subsidies in order to provide service to taxpayers. Touché, indeed.

This leviathan polygamy (and I mean that with all due respect) also includes co-marketing arrangements whereby Verizon peddles cable TV service and the cablers sell Verizon Wireless service—eventually in a bundle. Hello, mobile DTV folks? Goodbye, mobile DTV! Bring on the brickbats, but we all know mobile DTV could have should have been up and running in the commercial space by now, and would have been if not for all the usual factionalizing that characterizes the industry. If this isn’t a unifying call to arms, I don’t know what is. Comcast, TWC and Brighthouse together have 37 million video subscribers. Verizon has more than 94 million wireless subscribers. Together, they have the power, infrastructure and ability to deploy their own flavor of mobile television to millions of people in a matter of months, with deeply discounted devices on two-year contracts.