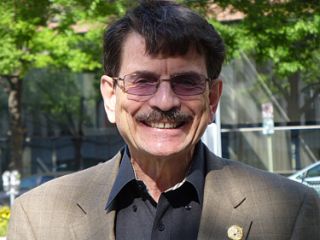 WASHINGTON: “Big-stick” broadcasting—where you place an antenna atop a tall tower and fling out a megawatt or more of power—may be dying. The advertising economics of an election year will mask eroding TV station advertising margins, but the past 10 years have not been kind to a broadcasting model that had been profitable for decades.

There are many reasons why broadcasting doesn’t generate the profits it used to, but there’s no denying that competition from cable operators and telcos is at least one reason.

Meanwhile, broadcasters are stuck with their big-stick broadcasting model, while the competition nimbly builds new services and new revenue streams.

BROADBAND IS KING IN CABLE
Want to know the most profitable service provided by most cable companies? Hint: It’s not supplying standard television programming.

Anyone with an iPad connected to a wireless carrier knows how much it costs to keep the data-hungry devices satisfied. Those fees, in the hands of the big carriers, are fueling the debate to give the carriers more spectrum… spectrum that would be taken away from broadcasters who today make their livelihoods using it.

Mark Aitken, vice president for advanced technology at Sinclair Broadcast, struck a note of urgency when asked about the direction of broadcasting.

“We need to have a transmission platform that is fully capable of competing in today’s world, and that means we need to be available everywhere on every device,” he said. “What we have today is clearly inadequate... talk to any real broadcaster about where the money is: mobile!”

Berger, Aitken and many in the television industry are urging regulators to loosen the definition of broadcasting to include a range of services, such as the possibility of providing some form of data distribution to customers. One technology being discussed in this regard is called Long Term Evolution (LTE), which was developed for mobile broadband applications and is already deployed in the U.S. by Verizon Wireless, AT&T, Sprint and others.

LTE grew out of cellular technology called GSM (Global System for Mobile Communications), which is the most popular cellular technology in use worldwide. The underlying modulation structure uses a form of orthogonal frequency division multiplexing (OFDM), a system that works well for mobile devices.

15 TV CHANNELS
Standards for LTE today give it considerably more spectral efficiency than 8VSB modulation, plus LTE offers a significant, simultaneous path for return data. Couple the download data rate with new encoding schemes (such as MPEG-4), and it’s reasonable to fit twice as many broadcasters in the same slice of spectrum. Having a convenient return data path means that broadcasters could offer new services—with new revenue streams.

“The transformation of single-carrier (8VSB) digital transmission infrastructure with OFDM-based solutions like LTE will empower television licensees to engage as full participants in the broadband revolution,” said Gregory J. Herman, president of Spectrum Evolution, an organization with ties to the low-power broadcast industry.

All those heavy mobile data users probably don’t care where their data comes from, as long as it keeps coming.

LTE has been shown to work well in single-frequency networks, making it relatively easy to fill gaps in rough terrain and urban canyons. The maximum distance for effective LTE transmission is 60 miles, reasonably similar to the effective distance that 8VSB broadcasters experience today.

Of course, the United States just went through a conversion to digital TV broadcasting that was expensive for both broadcasters and consumers, and even taxpayers picked up some of the cost. (Remember the $40 government coupons for digital set-top boxes?) Switching yet again to LTE would render all the current transmitters and consumer televisions obsolete—at least for over-the-air broadcasting.

Despite the fact that the transition to digital broadcasting is still fresh in the public’s mind, Aitken believes that there’s no time to waste on the current broadcast model.

“There are many broadcasters out there—almost a majority—that are of the opinion that now is the right time to change our broadcast platform,” he said.

NEXT GENERATION
The ATSC is already actively working on a second-generation version of ATSC broadcasting (ATSC 2.0), which is expected to be compatible with the millions of receivers now in homes. However, the early word on a third generation of ATSC (ATSC 3.0) is that it will likely be drawn on a fresh sheet of paper and will not be compatible with today’s receivers. LTE proponents appear to be lining up early for a fight with the ATSC over the future of broadcast television.

“I don’t see any opportunities in the ATSC model,” said Berger. “The new mobile/handheld standard is a good first step, but it leads to LTE. [LTE is] a really exciting technology—it’s where things are going.”

The bottom line for Berger is that spectrum is a precious resource and demands for it are only going to grow.

“I don’t think broadcasters are making the best use of the spectrum,” he said.

Spectrum Evolution’s Herman is thinking more about how broadcasters are going to survive in an increasingly competitive market for viewer’s hearts and minds.

“The ability to provide wireless content delivery services to various forms of cache storage at the consumer edge of the network is a huge opportunity, efficiently serving the video over-the-top [OTT] market,” he said. “This core competency is a natural extension to a broadcaster’s arsenal of products and services, and will free up massive amounts of unicast capacity in the Internet access networks.”

Herman’s vision goes beyond broadcasters delivering programming and accommodating a return data path for obvious activities like shopping and targeted advertising. In this version of an LTE future, broadcasters could compete with wireless companies to deliver data services to consumers.

“LTE has the flexibility to address all forms of wireless-delivered communications services; IP broadcasting and multicasting, unicast Internet access services, location-based services, cellular off-load services and all forms of access ranging from free-to-air to subscription-based authenticated services,” he said. “This rich matrix of capabilities will enable the television broadcasting industry to evolve into full and active participants in the wireless broadband era.”

Imagine paying NBC or Fox for your iPad service. There are many details to work out and lots of angling for advantage yet to do, but recent history shows that major changes can and will occur.

Sinclair’s Aitken was adamant that broadcasters who are hesitant to change their business are running out of time.

“We don’t have the luxury of waiting any longer—we could have more bits and more video bandwidth and be more relevant,” he said. “Time to take the bull by the horns and drive the industry towards the new future many of us have been talking about for 15 years.”

If the broadcast industry can endure the switch from analog to digital, and manage a significant realignment and subsequent loss of spectrum, the die is cast for something similar to happen again.