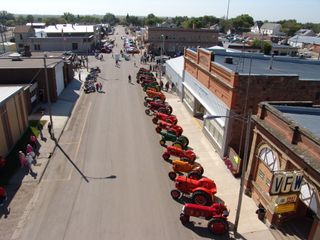 CHANTILLY, VA.: Politics and auto sales is driving local broadcast TV revenues to reach $18.5 billion for the year, BIA/Kelsey predicts. The research and consulting firm says the sector will finish 2010 up 17 percent from 2009.

The figure is up by $400 million from BIA’s June prediction of $18.1 billion. The forecast was issued before the lucrative political season. Station groups across the country have reported better-than-expected political revenues in early fourth-quarter projections. Thus, next year, sans any major political races, BIA/Kelsey is forecasting an 8 percent decline in local TV station revenues. The following year, 2012, is expected to rebound beyond 2010, with revenues forecast at $19.5 billion.

“We have become more bullish for the local television markets over the next decade, particularly as political advertising will continue to be significant in the even-numbered years, when we can expect heated campaigns to take place,” said Mark Fratrik, Ph.D., vice president of BIA/Kelsey. “This year was an affirmation that local television is still vital to any ad campaign, and we anticipate that this won't go unnoticed by the larger nationwide retailers. Additionally, television broadcasters are making significant progress in enhancing their off-air revenue sources, particularly online, through hyperlocal sites and mobile applications. The blend of traditional media with the targeting of online and mobile media creates a powerful opportunity for revenue generation.”

The chart below shows television station revenues for over-the-air and online from 2008 to 2010 and BIA/Kelsey’s projections through 2014: