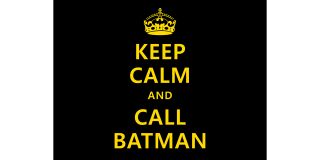 WASHINGTON — Rep. Anna G. Eshoo (D-Calif.) and Sen. Sheldon Whitehouse (D-R.I.) were joined by industry leaders to “trumpet” CALM, the Commercial Advertisement Loudness Mitigation Act. CALM requires broadcast, cable, satellite and other video providers to keep the volume of commercials at a level consistent with regular TV programming. Eshoo was the original author of the law.

“Earsplitting television ads have jolted and annoyed viewers for decades,” Eshoo said. “With this new law, loud TV commercials that make consumers run for the mute button or change the channel altogether will be a thing of the past.”

And Whitehouse: “Loud TV commercials have been among the most common consumer complaints to the FCC for decades now. While this is a small issue compared to the big challenges facing our nation, it is an unnecessary annoyance in the daily lives of many Americans, and I'm glad to have done something about it.”

The FCC’s CALM rules incorporate the Advanced Television System Committees Recommended Practice, A/85. The RP sets target loudness at -24 LKFS (a measure of loudness, one unit equaling a decibel), with variations up to +/-2 dB, for content without metadata. The measurement is based on an “anchor element,” most typically the dialog of a program. Programmers must conduct annual 24-hour audits of content. Broadcasters and larger cable systems must check 100 percent of programming for a period of two years. Those cable systems with fewer than 10 million and more than 400,000 must spot check 50 percent of programming. Violations may incur a fine of up to $10,000.

Gordon Smith, president and CEO of the National Association of Broadcasters attended Eshoo's ballyhoo: “Broadcasters have taken the lead in addressing the complex technical challenges associated with this issue. NAB is pleased to work with Congresswoman Eshoo, Sen.Whitehouse and the FCC as the CALM Act is implemented.”

Michael Powell, president and CEO of the National Cable & Telecommunications Association was there, too: “We thank Congresswoman Eshoo and Sen. Whitehouse for enacting sensible legislation that will improve the consumer TV experience. Our industry will continue to work closely with the FCC and the entire TV ecosystem to prevent loud commercials from being a disruption.”

And so too was Mark Richer, president of the ATSC: “The CALM Act requires the FCC to mandate use of A/85 as the basis for regulation of commercial audio loudness. I want to thank Congresswoman Eshoo for her confidence in ATSC to provide the industry developed technical strategies necessary to control the audio loudness of commercial advertisements.”