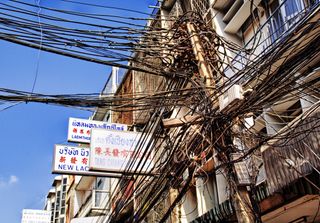 WASHINGTON: The Government Accountability Office’s assessment of the National Broadband Plan is one of skepticism. The GAO looked at broadband deployment policies across seven developed nations in its analysis of the Plan proffered in March by the Federal Communications Commission.

“While the United States plans to take actions similar to those of other leading countries to achieve the National Broadband Plan’s goals of universal access and increased adoption, achieving these goals will be challenging,” the GAO report said. “Actions will be required by governments at all levels and the private sector. Furthermore, implementing the plan’s recommendations will require coordinating the work of multiple stakeholders and obtaining sufficient funding, among other actions. How effectively federal agencies will be able to address these challenges and implement the plan’s recommendations, as well as what the private sector will do to further deployment, use and adoption, remains to be seen.”

The GAO report was requested by Reps. Henry Waxman (D.-Calif.), chairman of the House Energy and Commerce Committee, and Rick Boucher (D.-Va.) chairman of the Communications, Technology and Internet Subcommittee. The lawmakers released the report this week.

The GAO report analyzed broadband availability across 27 developed countries, including the United States, and found a 90 percent household deployment rate, “regardless of demographic or geographic differences,” it said. Average download speeds were said to range from 1.352 Mbps in Mexico to 11.717 in South Korea. The United States ranks 14th at 3.8 Mbps reported, (though the NBP states the actual average download speed is 3.1 Mbps).

The GAO said several factors affected adoption rates, including cost and computer ownership. The average megabit-per-second price in the United States was $8.06, compared to the 27-country average of $8.75. The cost of all but the fastest speed tier was lower in the U.S. than on average.

With regard to personal computer ownership, the United States ranks fifth, the GAO said. Nearly 81 of 100 people here have computers, compared to just over 52 on average.The United States did take the top ranking in one area. The GAO found that the United States had the most subscribers of any of the 27 developed nations, with 81 million. Japan was No. 2 with just 31 million.

The seven countries that implemented broadband policies included Canada, France, Japan, the Netherlands, South Korea, Sweden and the United Kingdom. The GAO said all shared similar elements of planning, funding, promoting competition and providing consumer usefulness, training and subsidies. That list was not precisely in line with the FCC’s Plan, but “the areas and the types of actions overlap and represent similar approaches to expanding broadband deployment and adoption.” the GAO said.

Boucher and Waxman both took the GAO analysis to be an affirmation of the FCC’s Plan.

“I am encouraged that the FCC’s National Broadband Plan recommendations are consistent with proven initiatives and policies utilized by other countries that, like the United States, strive to be leaders in broadband deployment and usage,” Waxman said in a statement. “GAO’s report confirms once again the importance of the National Broadband Plan.”

“National Broadband Plan Reflects the Experiences of Leading Countries, but Implementation Will Be Challenging,” is available here.
-- Deborah D. McAdams