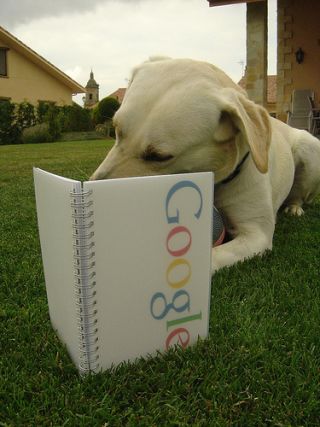 CYBERSPACE: The tubes are alight with reports that Google is going to launch its TV gear in October. Engadget’s Ben Bowers yesterday obtained an internal document from Best Buy indicating the launch date for Google TV was originally Oct. 3, but had been pushed back two weeks to Oct. 17.

“We’ve already seen the Logitech Revue box hardware pass the FCC, but a tipster has just shared an internal Best Buy document with us disclosing that the original planned launched date was Oct. 3, and it’s now been mysteriously pushed back by two weeks,” Bowers wrote.

He said the leaked memo wasn’t definite proof of a launch, but it had some credibility given that give Best Buy is Google’s partner on the project, and the suggested release date’s proximity to the holiday season.

No prices have yet been released or leaked for the Google TV gear. Google and Apple both come late to the market with Web-to-TV streaming software and peripherals. Sony, LG, Samsung, Panasonic and Vizio are all making ’Net-connected TV sets, though content access is typically limited to specific platforms such as Netflix, Amazon and YouTube. Stand-alone set-top makers include Roku and Boxee.

However late Google and Apple are to the game, it’s shaping up to be an explosive one. In-Stat analysts said last month that Web-to-TV video is growing faster than forecasters first expected. Market research now suggests that by 2014, there will be 57 million U.S. broadband households watching full-length, online video on TVs. Related revenues are projected to grow from $2 billion to $17 billion in a five-year period.