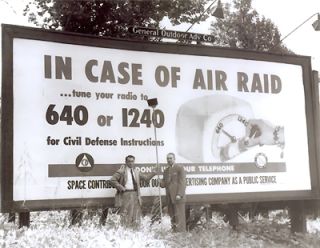 WASHINGTON: Several experts say broadcasters will continue to be the backbone in a new Emergency Alert System. Thatâ€™s one bit of news out of a recent webinar on broadcastingâ€™s transition to the Common Alerting Protocol for next-generation EAS, which will encompass wireless and broadband platforms.

Gordon Smith, president and CEO of the National Association of Broadcasters was among those asserting the continued importance of broadcasting to the system.

Jamie Barnett, chief of the Federal Communications Commissionâ€™s Public Safety & Homeland Security Bureau, said the FCC is now â€śinvolved in the lessons learnedâ€ť from last weekâ€™s test of a national presidential message, aired in Alaska. A draft of the Part 11 changes necessary for CAP is being reviewed.

Damon Penn, assistant administrator of the National Continuity Programs Directorate for the Federal Emergency Management Agency, said certification for CAP-compliant equipment â€śis in full swing.â€ť He anticipates a list of compliant equipment will be finalized and posted in March.

Penn said the White House will decide when the nationwide EAS test will be conducted; itâ€™s anticipated this fall. The FCC has adopted rules to facilitate the governmentâ€™s efforts to conduct the national EAS test.

The webinars are part of an outreach campaign by NAB and the National Alliance of State Broadcasters Associations.Â Other such events are planned that will discuss the national EAS test and funding sources for CAP-compliant gear. The next one is Thursday March 10 and explores the commissionâ€™s Part 11 rulemaking proceeding. -- Radio World