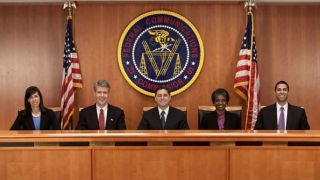 When the Federal Communications Commission meets Sept. 28 for its monthly open meeting, TV broadcasters should gain a clearer idea about their options on what to do with their spectrum.

During the meeting, the FCC is scheduled to consider a Notice of Proposed Rulemaking on implementation of an incentive auction of television spectrum. The vote by the five commissioners will mark a latest milestone on agency’s path to clear 300MHz of TV spectrum for use by wireless carriers to deliver broadband Internet service.

“Just two years after the concept of incentive auctions was first proposed in the FCC’s National Broadband Plan, and as a result of authority granted through legislation signed into law in February, the commission is poised to take an important step toward pioneering the world’s first incentive auctions and freeing up significant spectrum for mobile broadband,” said FCC chairman Julius Genachowski, in a statement announcing the vote.

Industry observers will look carefully at the rulemaking for any sign that broadcasters will be compelled to participate. As first publicly articulated in the commission’s broadband plan and subsequently emphasized by the chairman to Congress and at numerous industry gatherings, participation by TV broadcasters in the auction is strictly to be voluntary. In authorizing the agency to conduct the auctions, Congress also directed the FCC to make participation voluntary. Still, if the FCC fails to clear enough spectrum, some in the wireless industry have speculated that the voluntary nature of the auction could be open to review.

A statement from NAB executive VP of communications Dennis Wharton published on the organization’s website said the association has “no quarrel with television stations choosing to voluntarily participate in the auction process.”

Currently, it is unclear whether the FCC will succeed in getting enough TV broadcasters to volunteer to throw in the towel or to agree to use less spectrum; however, some broadcasters already have publicly dismissed the idea. For example, during an on-stage discussion with NAB president Gordon Smith at the 2011 NAB Show in Las Vegas, CBS president and CEO Les Moonves flatly stated his network would not volunteer.

In announcing the Sept. 28 vote on the notice, the FCC chairman said getting the most out of spectrum “will depend on the active engagement of the public and all stakeholders.” The incentive auction process, he said, should “strengthen both our mobile and broadcast industries.”

“In particular, many broadcasters will have a new and unique financial opportunity as a result of incentive auctions,” he said.