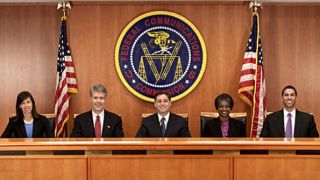 Last June, the FCC ended the requirement that hybrid digital and analog cable operators had to continue to transmit must-carry signals in the analog format. Now, the commission has told U.S. Court of Appeals for the District of Columbia that it was completely justified in doing so.

The NAB and others filed suit against the FCC, asking the court to overturn the ruling and to restore the hybrid system as before.

In a filing with the appeals court, the FCC said its decision was consistent and reasonable within the law, which it had the discretion to interpret. The commission also said it gave adequate notice that it was considering a system where cable operators had to provide boxes that convert digital signals to analog at little or no cost to subscribers.

“The FCC determined ... that the record evidence did not support the claims of broadcasters that allowing the viewability rule to expire on schedule would threaten the viability of must-carry stations,” the FCC said.

The FCC’s original ruling last summer found that cable operators could fulfill their viewability obligation to make must-carry stations available to all subscribers by offering low or no-cost converters, rather than continue to require most cable operators to deliver the signals in both digital and analog formats.

Originally adopted in 2007 as part of the DTV transition, the FCC planned to sunset the rule in three years. It waited five years instead.

Broadcasters lobbied the FCC to extend that requirement another three years. Cable operators wanted to end it. The commission sided with cable.

The broadcasters took the decision to court to try to stay the sunset, which the court refused to do. As a result, the broadcasters have sought to reverse the FCC decision. That’s the case now being heard.