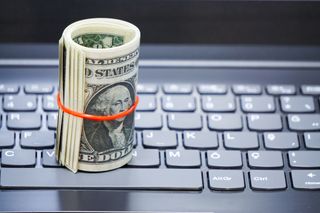 The FCC’s proposed opening of the 6 GHz band for unlicensed wireless devices has caused some concern for broadcasters, but a new study attempts to highlight how such action by the FCC could have a major boost on the U.S. economy.

WifiForward, a group of companies whose goal is to strengthen Wi-Fi and includes cable broadband, computer and tech companies, has shared a new study by Raul Katz, the director of business strategy research at Columbia Institute for Tele-Information and president of Telecom Advisory Services. The study claims that by allowing unlicensed use in the 6 GHz and 5.9 GHz spectrum bands will grow the U.S. economy by $183.44 billion between 2020 and 2025.

The proposals by the FCC would have the bottom 45 MHz of the 5.9 GHz band available for unlicensed use by traditional standard-power unlicensed service; the proposal for the 6 GHz band would open its entire 1,200 MHz for low-power indoor devices and very-low-power devices. The hope is that opening these bands will assist with 5G development.

Here is the breakdown of how opening up the spectrum will impact the economy, per Katz:

ENG broadcasters are the current primary users of the 6 GHz band. While the NAB has detailed some of its concerns regarding the opening of the spectrum and potential interference from unlicensed devices, it has said that it is willing to work with the FCC to try and develop a plan that will mitigate risks.

The full report from WifiForward is available online.