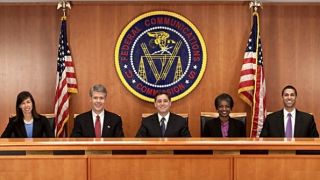 The FCC has voted unanimously to begin the rulemaking process of auctioning broadcast spectrum for use by broadband carriers. If all goes according to schedule, the final auctions rules will be implemented next year, and the auctions will be held in 2014.

Rules for repacking the spectrum, a controversial issue among broadcasters, were not formulated. The FCC is still seeking comment on the best ways to handle that.

“This is a big deal,” FCC chairman Julius Genachowski said, echoing Vice President Joe Biden’s famous remark. “We became the first nation in the world to launch spectrum auctions. The world is watching.”

The rulemaking document, which is 150-pages long, is expected to be available next week for detailed review. It includes proposals on how TV station licensees would submit bids to voluntarily relinquish spectrum and how the broadcast TV band might be reorganized.

How the FCC decides to organize and run the spectrum auctions is a major issue for broadcasters. Earlier in the week, Genachowski told an Internet group that his FCC’s focus has been on broadband. He didn’t even mention broadcasting, which has clearly played second fiddle to broadcasters in recent years.

Before assuming her position at the FCC, Rosenworcel was the senior telecom advisor to Senate Commerce Committee Chairman Jay Rockefeller (D-W. VA). She was instrumental in the legislation creating the incentive auctions.

Fairness, she said, is key when dealing with the broadcasters who do not opt to get out of the business.

"Fairness demands that we consider how to accomplish repacking by minimizing unnecessary disruption and maximizing the ability of the public to continue to receive free over-the-air television," she said. "We must be faithful to the law, which requires efforts to preserve the coverage area and population of each licensee, as well as coordination along the border with Mexico and Canada."

However, she also said fairness works both ways.

"At the same time, we ask that broadcasters make a fair assessment of the opportunities this auction provides the industry," Rosenworcel said. "By offering incentives to share channels and incentives to relocate from the UHF to VHF band, this auction can mean new resources for broadcasters to develop new programming and deploy new services. These are propositions that can strengthen broadcasting, by providing new models for station ownership, by providing new funding sources for local content and by providing new ways to use technology to make efficient use of our airwaves."

Republican commissioner Ajit Pai said he was concerned that the commission had not sufficiently considered the impact on the auction if the $1.75 billion set aside to compensate broadcasters and cable for repacking did not cover those expenses, as the FCC conceded might not be the case.