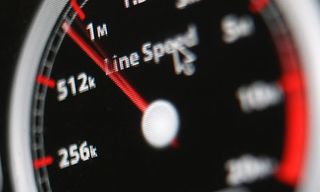 WASHINGTON: Data hogs account for about 1 percent of residential Web users but 25 percent of all online traffic, according to the latest technical paper released by the Federal Communications Commission. The FCC noted that for 2009, the median Web surfer used about 2 gigabytes per month on home connections, while the average was 9 gigabytes.

“The extreme difference between average and median data usage is principally due to a relatively small number of users who consume very large amounts of data each month--sometimes terabytes per month,” the FCC’s Technical Paper No. 4 states. “The most data-intensive 1 percent of residential consumers appear to account for roughly 25 percent of all traffic.”

“While half of all users consume less than 2 GB per month, the last 6 percent of users consume more than 15 GB each month,” the paper said.

The findings fly in the face of the commission’s support of Network Neutrality, the embattled notion that Internet service providers should not be allowed to regulate traffic. The issue’s been a hot button since Comcast was discovered “throttling” BitTorrent peer-to-peer traffic in 2007. The FCC ordered Comcast to stop, but a federal court overruled its authority to do so in April.

The FCC considered changing the legal classification of broadband so it could regulate ISPs while it sought a compromise with industry players behind the scenes. Those quiet negotiations were said to be derailed by leaked news that Google and Verizon were off in a corner discussing throttling. The two later indicated their proposal applied to wireline broadband networks only, but the revelation already threw a wrench into the FCC’s efforts, The New York Timesreports. (“Wireline” here is corrected from “wireless,” as noted by the commenter below. Google and Verizon outlined a set of compromise network neutrality principles ensuring an open Internet over wired networks, with ISPs retaining the ability to develop new, differentiated services. These suggested parameters would not apply to wireless broadband networks.)

“Rather than expansion upon a proposal by two large communications companies with a vested financial interest in the outcome, formal FCC action is needed,” the lawmakers said.

While Technical Paper No. 4 gives throttling proponents ammunition, its intent was to clarify the target broadband speed in the FCC’s National Broadband Plan. The plan put forth a goal of creating availability of 4 Mbps actual download speeds across the country. The FCC emphasized actual speeds because it found that they are around half of that advertised by the ISP.

“In 2009, average and median advertised download speeds were 7–8 Mbps, across technologies,” the FCC paper said. “However, FCC analysis shows that the median actual speed consumers experienced in the first half of 2009 was roughly 3 Mbps, while the average actual speed was approximately 4 Mbps. Therefore actual download speeds experienced by U.S. consumers appear to lag advertised speeds by roughly 50 percent.”

Additional findings include penetration--72 percent of U.S. households have Internet connections. The report also says the average ’Net user has been online for 10 years, and spends around an hour a day online. By comparison, the FCC notes that the U.S. average TV viewing time is five hours a day.

August 5, 2010: “Google, Verizon Throttling Talks Progress”
Google CEO Eric Schmidt would not go into specifics, but he told reporters at the Techonomy conference that the technology giant’s talks with Verizon were about bridging the gap between absolute positions on net neutrality.

April 7, 2010: “FCC Extends Net Neutrality Reply Comment Period”
The crux of the FCC’s position is that “network operators cannot prevent users from accessing the lawful Internet content, applications, and services of their choice, nor can they prohibit users from attaching non-harmful devices to the network.”

April 6, 2010: “Comcast Strikes a Blow Against Net Neutrality”
A federal court today said the FCC did not have the authority to regulate network management.

October 22, 2009:“FCC Proceeds on Network Neutrality”
The FCC has been working on some form of regulations since establishing four voluntary tenants in 2004.