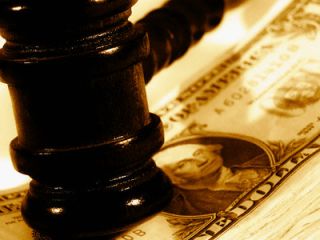 WASHINGTON: Eight applicants have met the initial criteria to bid for two full-power TV station licenses. The Federal Communications Commission today released the status of short-form applications in the upcoming auction of VHF licenses for Atlantic City, N.J., and Seaford, Del. Neither state had a full-power VHF licensee after the June 2009 DTV transition. Federal law requires each state to have at least one.

PMCM TV is a privately owned company in Wall, N.J., with at least four radio stations. PMCM has held TV stations licenses in Nevada and Wyoming. It donated KVNV-LP to the City of Ely, Nev., in 2009, according to the The Ely Times. It still owns KJWY-TV in Jackson, Wyo. It petitioned the FCC in 2009 to have the KJWY license moved to New Jersey, but was denied.

Word of God Fellowship is the business holding company of the Daystar Television Network in Dallas, led by Marcus and Joni Lamb. Daystar has around 28 affiliate stations nationwide. Marcus Lamb became embroiled in controversy last month when he admitted an affair with an employee of the company. Three former employees have sued Daystar, which countersued, according to KXAS-TV, the Dallas-Fort Worth NBC affiliate.

S&B Broadcasting Co., is listed online as the owner of an AM radio station in West Haverstraw, N.Y. Details on the remaining bidders are not readily available. Two--Revolution Transport Services and Western Pacific Broadcast--did not properly complete the short-form application process.

The eight bidders in compliance will have to submit a deposit of $200,000 by 6 p.m. Eastern on Friday, Jan. 21. The amount is the commission’s minimum for both licenses--Ch. 4 in Atlanta City and Ch. 5 in Seaford. Applicants also have until Jan. 21 to submit corrections.

A mock auction will commence Feb. 11, 2011 to allow the qualifying bidders to become familiar with the FCC’s auction system. The list of the final qualifying bidders will be published 10 days before the first official round of bidding opens on Tuesday, Feb. 15.