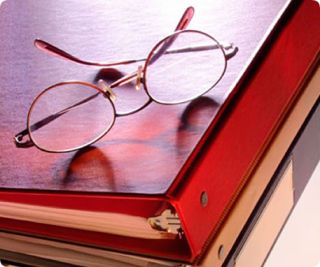 A protective order was issued outlining the procedures for accessing those data sets by “authorized representatives” of “reviewing parties,” i.e., legal counsel and their associated staffs, designated experts and whomever the commission selects “in the public interest.” These individuals will have to sign a declaration to abide by the protective order, which prohibits copying, governs disclosure and limits examination to FCC headquarters in Washington.

The commission said it intended to seek comment on all 11 studies, but the first five were released today to allow time for examination of the data sets. The studies were conducted by outside researchers designated by the commission, as are three more not yet available. The final two studies are being conducted by commission staff. All will be incorporated into the FCC’s Quadrennial Media Ownership Review proceeding, along with peer reviews and authors’ responses.

The 1996 Telecom Act requires the FCC to review its media ownership rules every four years. The commission officially launched its latest one in May of 2010. The related notice sought input on how ownership structures affect competition, localism and diversity, and whether it should set hard-and-fast rules or take a case-by-case approach.

Media ownership rules typically pit corporations against anti-consolidationists who contend that media mergers diminish the diversity of opinions given a public platform. The commission tried relaxing the rules in previous rewrites, only to get caught between firestorm of criticism and judicial challenges to remaining restrictions. This cycle’s review looks at five ownership rules issued in 2008, some remanded in part by the U.S. Court of Appeals for the Third Circuit in Philadelphia.

The local TV rules limits station ownership to two stations in a designated market area, as long as the Grade B contours don’t overlap, and one of the stations is not ranked among the top four in terms of audience share. The market must also have at least eight independently owned-and-operated, full-power stations, referred to as the “eight voices” test. The court kicked the rule back to the FCC, saying it had not adequately explained why TV stations were the only “voices” considered in the count.

The local radio rule allows ownership of no more than eight radio stations in a market, not more than five in the same service--AM or FM--in a market with 45 or more stations. The cap is adjusted downward for markets with fewer stations. The court ordered the FCC to justify the numerical caps.

The newspaper/broadcast rule prohibits common ownership of a full-service TV or radio station and a daily newspaper if the station’s Grade A contour completely encompasses the newspaper’s city of publication. The 2008 rewrite allowed waivers in cases where the public interest is served by cross-ownership. The court lifted its stay on the order earlier this year, but it remains under appeal.

The dual-network rule permits common ownership of multiple broadcast networks except for ABC, CBS, Fox and NBC. This rule was not challenged in the Third Circuit appeal, which is still reviewing other elements of the 2008 order.
~ Deborah D. McAdams

See . . .
July 22, 2010:“FCC Defends Authority to Adjust Media Ownership Rules”
The FCC filed a brief with the U.S. Court of Appeals for the Third Circuit in Philadelphia, asking it to reject arguments from media watchdog groups that oppose consolidation. The consolidation opponents want the court to reverse a 2008 decision allowing broadcast-newspaper combos in the top 20 television markets under certain circumstances. The relaxed regulation has not gone into effect pending court challenges.

The FCC today released a Notice of Inquiry as part of the 2010 quadrennial review of its media ownership rules. The NOI comes as regulators consider the majority acquisition of NBC Universal by Comcast, the first time a cable provider would control a major broadcast network.