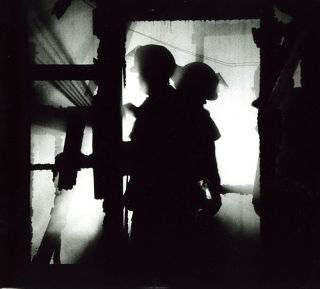 The white paper “shows that the 10 MHz of dedicated spectrum currently allocated to public safety will provide the capacity and performance necessary for day-to-day communications and serious emergency situations,” the FCC said in the related press release. The white paper itself, “The Public Safety Nationwide Interoperable Broadband Network, A New Model For Capacity, Performance and Cost,” was unavailable at press time due to server issues at the FCC.

“One study cited in the white paper shows that 10 MHz of spectrum can yield the same capacity as over 160 MHz if the correct technology, architecture, and devices are used,” the release said. “As part of this analysis, the FCC examined two real life events, the Minneapolis Bridge Collapse and Hurricane Ike hitting Houston, and additional empirical data which supports this conclusion.”

The FCC has been working since 9/11 on creating an interoperable, wireless, broadband communications network for first responders. Some blamed the deaths of firefighters at the Twin Towers on the use of spectrum by television broadcasters, though “The 9/11 Commission Report” debunked that assertion.

The FCC goes on to say it devised a way to prioritize access and roaming on commercial spectrum that will make 50 to 60 MHz immediately available for public safety in the event of a disaster. Using a scheme that includes a commercial-spectrum priority component also provides backup, “which does not exist with a purely dedicated network,” the FCC said.

Jamie Barnett, chief of the FCC’s public Safety and Homeland Security Bureau said spectrum was only one factor in creating a public safety network.

“The key is capacity... This plan provides extraordinary capacity to public safety, first with a dedicated network, backed with first-in-line privileges for public safety. This plan is like providing public safety with its own expandable, high-speed lane, and it is a cost-effective investment in a national asset. Merely allocating an additional 10 MHz to public safety would be like building a separate, stand-alone highway system, and one so expensive that it would not even reach every community in America for years.”
-- Deborah D. McAdams