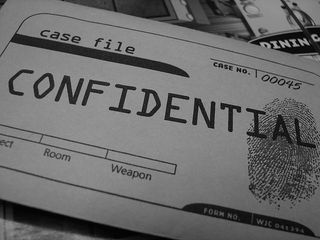 WASHINGTON: The Federal Communications Commission today denied attempts by the Association for Maximum Service Television to review documents related to unlicensed devices. MSTV filed a Freedom of Information Act request with the FCC’s Office of Engineering and Technology seeking access to tests conducted with unlicensed devices in TV white spaces.

Two tests were conducted--one in 2007 and one in 2008--with prototype devices designed to transmit in unused broadcast TV spectrum. MSTV sought access to a study related to the 2008 tests, for which the FCC’s peer review committee issued a report. The commission predicated its decision to allow unlicensed devices in TV white spaces on the peer report of the 2008 tests.

“MSTV filed a FOIA request seeking the draft Phase II Measurement Report that was submitted for peer review, and ‘any additional materials to be added to the OET Report that were sent on or after Sept, 11, 2008’ to named FCC employees. OET withheld the copy of the draft report submitted to peer review, and 42 e-mails it believed were ‘possibly responsive’ to MSTV’s FOIA request. These materials were withheld pursuant to FOIA Exemption 511 which exempts from disclosure predecisional deliberative process material,” the FCC wrote in today’s Memorandum and Order.

MSTV then asked the OET to clarify whether an executive summary and its conclusions were included in the peer-review process. The OET did not respond, prompting MSTV to file an application for review with the full commission. It was that application that was today denied.

“We filed the Freedom of Information Act request because the FCC’s peer review process was seriously flawed,” MSTV chief David Donovan wrote in 2008. “The Office of Engineering and Technology’s letter requesting peer review on Sept. 11, 2008 states: ‘We plan to publish the report and invite public comment in the same manner as the Phase I report.’ Why were these plans abandoned?”

Donovan said the peer review report omitted “the most important finding in the Phase II Report--that the burden of ‘proof of concept’ had not been met with respect to spectrum-sensing technology. This purported conclusion is the key to the FCC’s proposal. It is simply amazing the peer review analysis would not mention this key finding.”

The commission authorized white-space use in November 2008, marking the first time radio frequency spectrum was made commercially available on an unlicensed basis. Microsoft, Dell, HP, Philips and Google were instrumental in gaining access to the spectrum, previously left unassigned to prevent TV signal interference. Microsoft and Google are among the companies vying to oversee a database of white spaces.

The commission last November called for proposals to manage the database, which unlicensed devices would be required to check before transmitting. MSTV’s Donovan filed ex parte comments on the FCC’s white spaces docket July 30 regarding the database.

“Geolocation/database protection alone is not sufficient to protect against harmful interference to the public’s broadcast service and, in the case of licensed microphones used for newsgathering and other valued mobile uses, geolocation protection is not even possible,” his filing states. “Even with retention of sensing as an essential complement to geolocation/database protections, the white spaces rules need a number of clean-up modifications.’

The FCC memo and order denying MSTV’s request noted it could pursue the documents in court. MSTV has not yet indicated if it would do so.