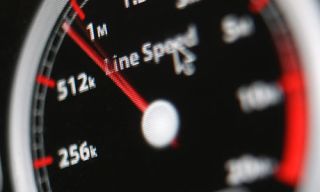 WASHINGTON:: The Federal Communications Commission today voted to regulate Internet traffic. The 3-2 vote was down party lines, as expected, with support from the Democratic members and dissent from the two Republicans. Commissioners voted on a proposal from FCC Chairman Julius Genachowski to prevent wireline broadband providers from throttling bandwidth-heavy users such as Netflix. The same rules would not be applied to wireless providers.

“I cannot support this decision,” Commissioner Meredith Attwell Baker wrote. “It is not a consumer-driven or engineering-focused decision. It is not motivated by a tangible competitive harm or market failure. The majority bypasses a market power analysis altogether, and acts on speculative harms alone. The majority is unable to identify a single ongoing practice of a single broadband provider that it finds problematic upon which to base this action. In the end, the Internet will be no more open tomorrow than it is today.”

Commissioner Robert McDowell spit 35 pages worth of nails critical not only of the policy, but the process.

“On the night of Friday, Dec. 10, just two business days before the public would be prohibited by law from communicating further with us about this proceeding, the commission dumped nearly 2,000 pages of documents into the record,” he wrote. “As if that weren’t enough, the FCC unloaded an additional 1,000 pages into the record less than 24 hours before the end of the public comment period.All of these extreme measures, defying the D.C. Circuit, Congress, and undermining the public comment process, have been deployed to deliver on a misguided campaign promise.”

The grumbling spread fast. National Journal’s David Hatch is reporting that Verizon’s attorney’s are gearing up for a lawsuit. B&C’sJohn Eggerton reports that lawmakers are fixing to call the FCC to the carpet. Eggerton has more details on lawmaker reactions at “Hill as divided as FCC on Net Neutrality.”