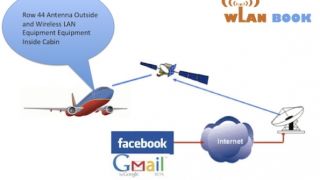 Looking to make Wi-Fi available virtually everywhere, the FCC has established rules that allow airlines to easily bring Wi-Fi coverage — and with it live video delivered over the Internet — to their customers while in the air.

Since 2001, the commission noted it has authorized a number of companies, on an ad hoc basis, to operate Earth Stations Aboard Aircraft (ESAA), i.e., earth stations on aircraft communicating with Fixed-Satellite Service (FSS) geostationary-orbit (GSO) space stations.

Installed on the exterior of the aircraft, the satellite antenna carries the signal to and from the aircraft, providing two-way, in-flight broadband services to passengers and flight crews. The new FCC order formalizes ESAA as a licensed application in the FSS and establishes a regulatory framework for processing applications while ensuring that other radio service operations are protected from interference.

Rather than have to license on-board systems on an ad hoc basis, airlines will be able test systems that meet FCC standards, establish that they do not interfere with aircraft systems and get FAA approval, the FCC said.

By reducing administrative burdens on both applicants and the FCC, the new rules should allow the commission to process ESAA applications up to 50 percent faster, enhancing competition in an important sector of the mobile telecommunications market in the United States and promoting the widespread availability of Internet access to aircraft passengers.