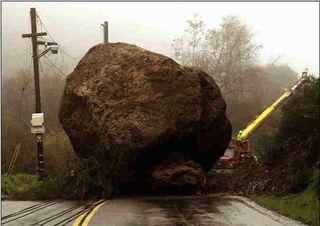 WASHINGTON: Even as FCC Commissioner Michael Copps chided the broadcast industry for failing to live up to its promise, he conceded that his agency hadn’t exactly helped.

“Broadcasters said just give us a ton of free spectrum--hundreds of billions of dollars as it turned out--and the airwaves would always serve the people first, always provide the local and diverse programming reflective of our communities. You saw what happened there!,” Copps said yesterday at an Albuquerque, N.M. public hearing on “The Future of the Internet.”

Copps riffed on media consolidation--one of his pet topics. He said localism was superseded by “a market controlled by a handful of players.” He blamed media companies for incurring huge debts “to curry favor with investors and hedge-fund operators.”

However, Copps said the FCC itself had a role in media consolidation with policies that promoted it.

“In fact, many broadcasters--particularly those of the smaller, independent variety--do an excellent job, against steep odds, serving the public interest and informing their communities,” he said. “The problem is we--and by ‘we’ I mean mostly the FCC--have made it awfully difficult for such broadcasters to survive in the newly concentrated environment.”

The FCC “blessed” consolidation with relaxed ownership rules, he said, and more or less bailed on defining public interest obligations for digital television.

“I’m talking about things like providing real local news, reflecting the ethnic and cultural diversity of the individual markets broadcasters serve, limiting commercials and talking with listeners about the kinds of programs people really want,” he said.

Copps cited the trajectory of the broadcast industry in his defense of reclassifying broadband as a telecommunications rather than an information service. Doing so would facilitate the commission’s ability to impose network neutrality, which would limit the ability of Internet Service Providers from moderating traffic on their networks.

FCC Chairman Julius Genachowski has advocated for reclassification, but it’s yet to see the light of day as an agenda item. Observers note that reclassification will be more difficult when Congress is taken over next year by Republicans, who oppose the measure.
-- Deborah D. McAdams