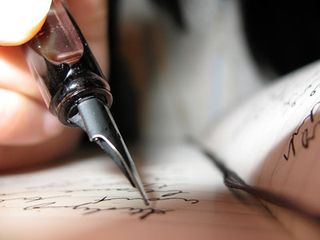 WASHINGTON: John Dingell wants to know how many people would lose over-the-air TV if broadcasters lose 40 percent of their spectrum. The Democratic congressman from Michigan is calling on the Federal Communications Commission to explain its method for redesignating 120 MHz of broadcast spectrum for broadband. Dingell sent a letter to Julius Genachowski asking for access to the commission’s Allotment Optimization Model, proffered last June in the agency’s technical paper entitled “Spectrum Analysis: Options for Broadcast Spectrum.”

“I understand that the commission has developed an Allotment Optimization Model that has been used to investigate various scenarios for incentive auctions, including spectrum reclamation and repacking,” Dingell wrote in the missive dated June 17. “I recognize that these are investigative scenarios and may vary from results in reality, since predicted station participation may not mirror actual behavior. Nevertheless, this analysis would be as helpful to the Congress as it has been to the commission in understanding the implications and potential consequences of spectrum reclamation.”

Dingell laid out a scenario of his own for Genachowski’s staff to chew on: Assuming no new TV stations are moved into VHF channels, the contours of existing stations are protected, and international treaty obligations are maintained, Dingell asked what “the general implications and impacts” of reclaiming 120 MHz of TV spectrum would be. Using the same criteria, Dingell also asked for an analysis on redesignating 90, 60 and 30 MHz.

Specifically Dingell wanted to know how many TV stations would have to share 6 MHz channels. He asked how many in the Boston-to-Washington, D.C. corridor, San Francisco, Los Angeles and Great Lakes border region would have to go off the air were 120 MHz taken from broadcasting. He asked that all full-power, Class A and low-power TV stations be included in the count.

Dingell asked how many stations would be required to move to a new channel under a repacking scheme, and how many are assumed to move from a UHF to a VHF designation, “where digital television reception has been somewhat problematic?” He wanted to know the total number of viewers who would lose TV service and the number of channels they’re expected to lose; and how many would gain channels.

“Lastly,” Dingell wrote, “when does the commission plan to make the AOM model widely available for use by outside parties, particularly those meant to participate in voluntary incentive auctions?”

Dingell’s questions reflect the concerns of broadcast engineering expert Doug Lung, who diced up the Allotment Optimization Model when it came out.

“When the model was used to see how much spectrum could be recovered by repacking existing full power stations, only 6 to 42 MHz of spectrum was found to be available for reallocation, depending on inclusion or exclusion of border restrictions,” Lung wrote in his RF Reportdated June 18, 2010.

Interference ratios are derived from analog rather than digital television, he said. Class As and LPTVs are considered such that they “may be forced to move, and therefore incur relocation costs, and they may find fewer available channel slots.” White space devices and wireless mics are similarly given scarce account, he said.

“In my opinion, with no available TV channels where most people live, the options for LPTV stations and wireless microphone users would appear to be limited at best,” Lung said.

White-space advocates are also concerned about the availability of spectrum for unlicensed devices. The FCC opened up unoccupied TV channels for use by unlicensed devices after the June 2009 DTV transition. Coordination is still underway to deploy such devices, and their advocates are pressing the FCC to preserve spectrum for them in the event of a channel repacking.
Dingell has asked Genachowski for a response by the close of business next Monday, June 27.