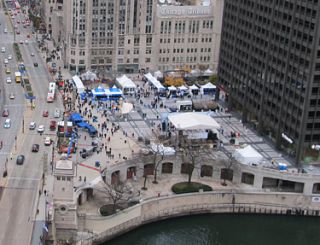 Clear-Com’s Tempest 900 intercoms simplified communications for the WLS-TV team by broadening the communications range, providing a secure connection, and delivering clear audio quality. The reach and reliability offered by the Tempest900 systems allowed the event coordinators to roam and communicate along Michigan Avenue, at any given time. This wireless intercom effectively covered a three city block span, between the Michigan Avenue Bridge to the south, and Illinois Street to the north, without the issues of audio fading or connection loss for the crucial event coordination.

Chicago’s Magnificent Mile 2011 Lights Festival featured over 40 floats and musical performances and the illumination of more than 1 million lights on 200 trees along Michigan Avenue. Streaming video from the Nov. 19 broadcast of the 2011 Magnificent Mile Lights Festival is available at WLS-TV’s website at abc7Chicago.com. The program will be rebroadcast throughout the holiday season by ABC7 Chicago and 72 markets nationwide.