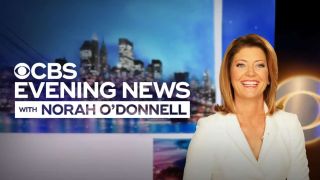 WASHINGTON—The May 19 edition of “CBS Evening News” did not air on the East Coast and in the Midwest because of technical difficulties, which were compounded by staffing procedures that have resulted from the coronavirus pandemic, according to multiple reports.

“CBS Evening News,” anchored by Norah O’Donnell, is produced in Washington, D.C. The news program is typically transmitted from a New York control room at CBS’ New York City broadcast center, but after multiple coronavirus cases were confirmed from those working at CBS’ New York headquarters, reduced staffing procedures had been put in place, including for the control room. The control room in D.C. has been handling the transmission of “CBS Evening News” for the last two months, according to an AP report.

On Tuesday, the D.C. control room experienced what was described as a “major audio router failure,” by CBS New York’s Paul Friedman, and there was no backup readily available.

“CBS Evening News” was able to be broadcast at its usual time for the Mountain and West Coast broadcasts.