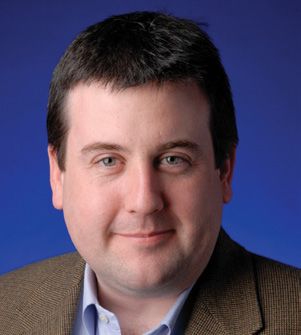 NEW YORK—Stations around the country have been busy the last few months making preparations to meet a new requirement that alters how broadcasters measure and deliver audio to TV viewers. The Commercial Advertisement Loudness Mitigation ACT, aka the “CALM Act,” had some broadcasters scrambling to satisfy new rules that took effect Dec. 13. The act affects how stations monitor the loudness of commercials, a technical issue measured by perception.

For decades, most stations measured volume using a standard peak meter, such as a simple VU or PPM. Now, broadcasters are required to measure loudness over time. This new way of monitoring audio will take some getting used to by stations that now have to take into account a temporal component. Aside from making the necessary adjustments, there is concern over how the FCC will test and enforce the new rules as stations adjust to the new method of audio management and monitoring. The commission will not audit stations but enforcement will be based on consumer complaints.

Along with the technical and financial challenge of conforming audio levels for CALM compliancy, there are new needs in the areas of monitoring and logging. A simple VU or PPM meter no longer will suffice as a station’s final quality check of outgoing audio. There also is the issue of providing proof that the audio leaving a facility met compliance standards.

To best manage audio to meet CALM compliance, broadcasters are implementing several solutions. These plans range from simple changes where a single box is placed on the station’s outgoing transmission path, to a more holistic approach where some broadcasters are trying to better manage the audio within their plants starting with media ingest. The single box solution is obviously the lower cost option, but several industry experts warn that this might not be enough to meet compliance and may actually degrade the quality of a station’s final output.

TACKLING THE CHALLENGE
The transition from SD to HD drew much attention to the quality of the broadcast picture. Audio, however, has often been a secondary priority. When consumers conveyed their interest in 5.1 surround, most stations merely placed an upconversion box on their stereo outputs to synthesize a 5.1 surround experience for the viewer. This was a low-cost solution that placated most viewers, while buying broadcasters the necessary time to assess how they would address the challenge of managing six channels of audio within their plants.

Tim Carroll The CALM Act—passed by Congress in 2010 in response to viewer complaints— has put forth an audio implementation challenge with legal ramifications, but in the end it may actually leave more viewers satisfied and provide broadcasters with the opportunity to revisit how audio is managed in their plants.

“It’s a good thing for the viewers,” says Lee McPherson, San Francisco-based director of engineering for the Cox group’s KTVU. “In the daytime there is a wide range of loudness levels… the act will help even those out for the viewer.” McPherson adds that the Cox Media Group, which owns 15 TV stations, has taken the challenge very seriously and is attacking the issue both in the baseband and media file domains.

His station group, as well as others has found that the compliance mandate has enabled them to pursue technologies that are opening up whole new ways to manage and monitor their facility’s transmission signals.

“Not only did we want CALM compliance monitoring, we were looking for a vendor who would help us with AFD, silence detection and of course closed captioning monitoring,” says Jim Church, senior vice president and director of operations and technology at Allbritton station KATV in Little Rock, Ark. “We had to spend the money for CALM compliancy, why not get more bang for the buck,” he said, referring to their effort to pursue additional monitor options during their upgrade.

“We run so many sub channels at all the Allbritton stations, we wanted better overall monitoring of our outgoing signals,” he says. Like most stations they have one to two people in their master controls, who are often in charge of monitoring two to three program streams. He acknowledges the reality that operators can’t physically monitor every frame of video and listen to all the audio that goes through their MCR. Church was the lead for the station group’s compliance efforts and chose the VELA Research ArgoNavis multiviewer to accomplish all of the final transmission chain monitoring, and deployed the same system to all the stations in his group. This fourchannel system gives their MCR operators an extra set of eyes to monitor all outgoing channels for audio levels, AFD, silence and CC, and will alarm if any of the preset parameters are not met.

Lee McPherson, director of engineering for KTVU At KTVU, McPherson says they are taking advantage of several new products that do data logging of the audio signal levels throughout their plant. Their engineering department is using these logs both as proof of compliancy as well as for auditing the quality of the signals at various locations throughout the plant.

Data logging will be an important tool under the CALM Act, because it provides proof that the the station’s outgoing levels meet the required standards. Church says that their systems not only provide logs of CALM and CC compliancy; they also enable the capture of screen grabs to see the source of the non-compliant material.

“It goes beyond just providing an alert, it logs all the information including a frame capture at the time of the incident, and even has an option for an H.264 video capture,” he said. Church’s station group plans on keeping CALM and CC log files for all station output for two years, in addition to their current procedure of archiving 18 months of news and 45 days of programming confidence video.

HOLISTIC APPROACH
“The goal of CALM isn’t to get a meter to stand still at –24dB around the clock, but rather to simply make sure viewers are not annoyed,” said Tim Carroll, founder and president of Linear Acoustic in Lancaster, Pa. “If the audio is smooth and consistent it is likely not to generate any complaints and thus be compliant.” He explains that loudness is subjective and requires a different kind of meter, and procedures for making measurements to be made differently. The goal is not some fixed loudness number, but one that is consistent over time.

Many of the experts in the field of broadcast audio recommend a holistic approach to managing audio levels within a broadcaster’s plant. “If you monitor and log audio as it travels through the system, you can analyze the logs to determine repeat offenders or weaknesses in the chain,” explains Thomas Lund, HD development manager for Denmark-based TC Electronics.

Lund has spent years writing about techniques and best practices for managing audio for broadcast. He feels that it is difficult to correct an audio problem if one doesn’t know where it originates. To properly monitor and track audio levels, TC Electronics has numerous products to meter the audio, chart its levels and then to manage or conform the audio when level correction is needed. Lund believes strongly that audio should be corrected at the end of the signal chain only to catch issues that get through. The proper approach should be to make sure all media from ingest through edit be properly monitored so that minimal corrections need to be made at the end.

Here is some additional information on program rules and the complaint process under the CALM Act, provided by the online resource Broadcast Law Blog (www.broadcastlawblog.com):

• Noncommercial stations are exempt from the CALM Act rules (unless they have commercial programming in their ancillary and supplementary digital services).

• Political ads are considered commercials for purposes of these rules. The FCC determined that any limits on the volume of these spots are not editorial changes that would violate the no censorship provision of Section 315 of the Communications Act.

• Successor standards to those currently set out in A/85 (the ATSC standard under which the standards for CALM Act is based) will be reviewed by the Commission. If minor, they will be adopted by Public Notice and become part of the compliance obligations of stations and systems. If they are more substantial changes to the current standards, they will be subject to public comment before they can be adopted.

• The complaints, to be considered by the FCC, must be very specific as to the station or system, channel, program, network and nature of the problem for the FCC to investigate.

• Stations and systems do not need to buy monitoring equipment, but may instead rent it for spot checks or when there are complaints that the FCC brings to their attention.

Carroll agrees. “For recorded content this means metering and correction at the point of ingest, for live programs it may be done on the OB truck or in the master control environment.”

Getting all the various elements to the targeted loudness level early means you don’t have to process the signal as aggressively at the final point in the transmission chain. The goal is to leave the audio more open, dynamic and pleasing to the viewer.

Even with vigilant monitoring there are ways that material can get around checkpoints. “Sometimes the station’s promos are the worst offenders, because they have a way of getting around the QC system,” Lund said. He states that loudness is a “perceptual standard” so content level can only be judged when it is next to differing material. A promo may sound fine to an editor, but after a news segment or a commercial, it may not match up at all.

HOW WILL THE FCC ENFORCE IT?
The CALM Act introduces a new set of rules and stations can’t know exactly how the FCC may choose to enforce the regulations. KTVU’s McPherson says “If the law changes, we will change our solution to maintain compliance.”

Since becoming compliant, the Allbritton group says that it rarely gets calls anymore about commercials being too loud.

Church’s feelings are that if syndicators and networks are all compliant at –24dB, “I’m not sure the commission will have a lot of work to do.” He says that his group has embraced CALM as a good thing to do. He admits it can be expensive to implement a full solution across multiple stations, but says “frankly our stations sound better.”

With the correct tools and proper implementation of signal management through a plant, experts agree that the end product will sound be better.