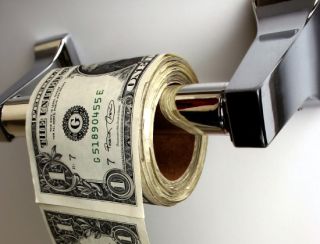 WASHINGTON: So much for May flowers. Try May fines. The Federal Communications Commission today leveled $49,000 in fines against a broadcaster for multiple violations. The citation brings the FCC’s total amount of broadcaster fines to $315,000 for the month of May so far.

Today’s fines were levied against Entertainment Media Trust, Dennis J. Watkins Trustee. One involved AM radio stations WQQX in East St. Louis, Ill., and WQQW in Highland, Ill. Together, EMT was fined $24,000 for not having available public-inspection files for both stations. An FCC field agent visited the co-located stations in Belleville, Ill., April of 2010. Station personnel could not come up with anything other than ownership reports from 2008.

The base fine for failure to maintain a public-inspection file is $10,000. The FCC adjusted the fines for each station up by $2,000 because of violations found at other EMT stations on the same day. AM stations KZQZ in St. Louis and KQQZ in DeSoto, Mo., had no public-inspection files, and KZQZ was cited for not conducting annual equipment checks. Both stations are also co-located.

An FCC agent from the Kansas City Office responded to a complaint last April regarding KZQZ’s transmitter and observed no change in the field strength after 6:30 p.m. The station’s authorization requires it to switch directional patterns at 6:30 p.m. Central Time during the month of April. It was also found to have no monitoring procedures to make sure the directional pattern switch occurred properly.

Both stations had incomplete public-inspection files. KQQZ was fined $2,000 for two quarters of missing information. KZQZ received a $12,000 fine for two years of missing information. In addition, KZQZ was fined the base fine of $7,000 for violating the terms of its license, another $4,000 for failing to take required measurements two years running, and $12,000 for its incomplete public-inspection file.

All the fines were issued in two separate Notices of Apparent Liability, giving Entertainment Media Trust the opportunity to file a written statement seeking a reduction or cancellation of the fines.

On Wednesday, Lazar Licenses was fined $8,000 for failure to maintain a public-inspection file for KSSB-FM in Calipatria, Calif. Through May 17, the FCC had issued $141,000 in fines against radio pirates, and another $117,000 for various other violations.
~ Deborah D. McAdams

See . . .
May 17, 2011:“FCC Cracks Down on Rogue Broadcasters”
FCC agents have been busy this month, issuing more than a quarter-of-a-million dollars in fines. A majority have targeted pirate radio operations.