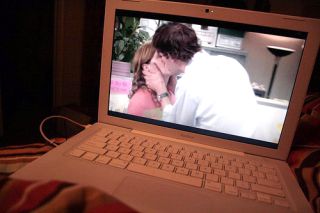 LOS ANGELES: As much as 90 percent of broadcast TV fare on five English-language networks was made available online during the 2009-10 season, according to Clicker. Half of those shows were uploaded within a day of original air date, and 60 percent were taken down within three weeks. Clicker said it tracked shows from Fox, ABC, CBS, NBC and The CW that were uploaded and made available for free. Pay-for-play was not included.

Starting last September, the five networks posted 4,420 full episodes from 127 series, 109 of which were prime time. ABC posted the most shows, while The CW had fewer, but posted all of them online. CBS posted the most episodes, making nearly 1,750 available.

Though an overwhelming majority of posted shows were prime time, most individual episodes were daytime because of weekly-versus-daily scheduling. Eighty-four percent of the uploaded shows were prime time, while 39 percent of episodes were, versus 41 percent daytime. Episodic totals in prime time varied because around one-third of the season’s shows on those five networks were cancelled.

Around half of the full episodes went up within 24 hours of original airing; the rest went up within two weeks. A full 90 percent of the shows posted online were later removed; two-thirds came down within three weeks. Clicker said that as of July 9, 2010, 635 of the original 4,420 episodes remained available online.

“Sometimes the episodes will come back online, but there’s no clearly set pattern to predict exactly which will return when,” Clicker said.

Details are available at “How Much Network Programming Was Actually Online This Season?”