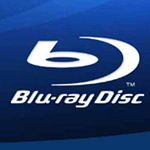 While the general perception might hold that that Blu-ray titles continue to slowly trend upward in sales with each passing month (a path that would seem both logical and intuitive), weekly stats do not support that generality. In fact, Blu-ray titles' share of the video-disc revenue pie has been known to dip on a weekly basis as much as it has risen over the past year.

Blu-ray's share of movie and TV title revenue for the week ending June 20 held steady at 14 percent from week-to-week.

Still, while standard DVD's share of the remaining 86 percent totaled nearly $157.5 million for the week, the older disc format's tally was down nearly 33 percent over the same week a year ago. Blu-ray's take of just under $26.5 million was actually up 27 per over mid-June of 2009, although its overall penetration of the video-disc market remained the same.

Combined Blu-ray and DVD sales for the same week were $183.9 million — which was down nearly 28 percent over last year, according to Home Media Research.