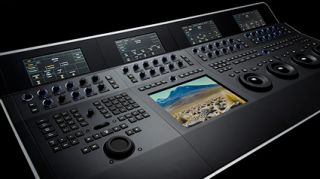 JOHNS CREEK, Ga.: AVS is providing RF services to broadcasters, including ESPN and IMG, during this year’s PGA Championships.

Through all the rain the tour has seen, the company persevered, supplying seven paths of HD RF via microwave links in the 1.4 GHz and 2.5 GHz bands. Six paths were dedicated to ground-based handheld cameras, with the seventh for ESPN’s aerial coverage.

The full package from AVS included wireless on-course microphones for the announcers, an audio effects package, and a returning video feed for the roving announcers.

The company also employed its Silverback second-generation universal camera control system. The Silverback system places all control in the hands of the truck’s video engineer, including the ability to remotely adjust transmitter frequency as well as power output levels.

2011 marked AVS’ seventh consecutive year as a RF services provider for the championship games. This year also saw the return of the “bunker” cam, a customized mount and Toshiba IK-HR1S mini HD camera set up at the dreaded fourth hole bunker known as the “coffin.”