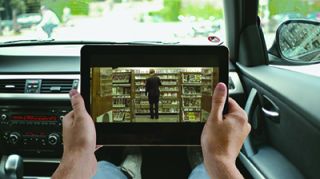 WASHINGTON —  The Advanced Television Systems Committee has elevated the A/105 “Interactive Services” system to Candidate Standard. A key element of the emerging ATSC 2.0 standard, A/105 is designed to enable the marriage of Internet-delivered and broadcast content. Candidate Standard status is a major step toward becoming a Proposed Standard, and then on to consideration as a full-fledged ATSC Standard.

“Viewers are consuming television content on a variety of devices -- whenever, wherever and however they want it,” said ATSC President Mark Richer. “Consumer demand for video has resulted in an increasing number of paths to deliver content to viewers. The ATSC 2.0 Interactive Services system allows the broadcaster to connect broadcast programming with additional services related to that programming.”

A/105 provides for the extension of these services to second screens, such as tablets and smartphones, and provides for delivery of needed resources via the Internet path. In addition to services already part of traditional terrestrial broadcast television, future interactive services with A/105 will include personalization, service usage reporting, receiver access to web-based servers, and support for automatic content recognition.

”Leveraging the power of ATSC 2.0, broadcasters can successfully be a key piece of the connected TV puzzle,” Richer said. The ATSC Candidate Standard A/105 is now available at www.atsc.org.