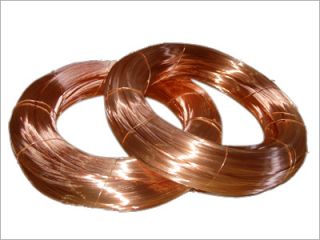 MULTIPLE CITIES: AT&T has had it with copper thieves. The telco is offering rewards for information leading to their arrest and conviction in at least two cities, according to local news outlets.

AT&T is offering up to $5,000 to catch copper crooks in the San Antonio, Texas area, according to WOAI-TV. Thieves there have been stealing wire from utility lines over the last two years.

The Atlanta Journal Constitutionsays AT&T is offering up to $3,000 to finger copper bandits in the Atlanta area. During a recent three-day period, AJC said around 7,000 AT&T subscribers and two schools were hit and lost land-line phone service. A cell tower also was relieved of copper. In Fairburn, a city of around 5,400 people south of Atlanta, AT&T had 11 copper thefts--eight of them in a single morning, AJC said. Damages to phone lines were estimated to be more than $500 apiece, classifying the thefts as a felony in the State of Georgia.

WAGA-TV, Fox’s Atlanta O&O, reports that police have made one arrest in a theft where phone lines were left dangling from poles along a stretch of highway. A witness watched as 50-year-old Peter Cobb pulled down wires, and called police, who came out and made the arrest.

Copper thefts have became epidemic in the recession as fears about hyper-inflation push up the price of precious metals. Copper recently hit a 28-month high of $4 a pound. Today’s price on the COMEX was $3.99 for primary metal; $3.50 for scrap.

Thieves hit a talk radio station in Paradise, Calif., in September, taking 22,000 feet of No. 10 wire. More recently, copper thieves in Grindstone, Pa., were blamed for a natural gas explosion, according to the The Associated Press. Thieves in Kansas City last week stripped copper sheeting from two domes atop a historic structure managed by the city’s parks department, according to The Kansas City Star. Damages there were estimated at $80,000 for around $200 worth of copper at scrap prices.

West Virginia is particularly rife with reports of copper theft. Copper pipes, fittings and fixtures were ripped out of a church in Bluefield, W.V. last week. Damages were estimated at $4,000 to $6,000 for around $200 to $300 worth of copper, the Bluefield Daily Telegraph said. West Virginia’s Appalachian Power has had more than 100 miles of copper stolen from its facilities, Network World reports. Frontier Communications facilities in the state were hit every day last July and into August, the Charleston Daily Mail reported.

The FBI issued a report on copper theft two years ago, saying it was a threat to the national infrastructure. It described how residents of Jackson, Miss., missed a tornado warning because the copper wiring had been stolen from the sirens. In another incident, 4,000 people lost power in Florida when thieves hit a transformer. An air-traffic control tower in Ohio was disabled by copper thieves who took 300 feet of wire.

Law enforcement officers have conducted copper theft stings. A recent one in Michigan netted thieves who took an estimated $50,00 worth of copper from a utility in Coopersville, the Big Rapids Daily News said. Investigators in Omaha recently nabbed a utility worker who had taken around $14,000 worth of copper from substations, according to KETV-TV.

Copper theft is both dangerous and inefficient. It typically involves proximity to high voltage and yields around $1 for every $10 to $25 in damages, according to Business Week. Damages from copper theft in the United States reached an estimated $60.4 million in 2008.
-- Deborah D. McAdams