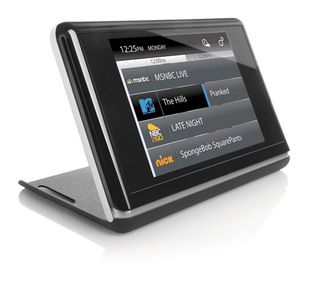 SAN DIEGO, CALIF.: Qualcom confirmed reports that it’s shuttering FLO TV. The telecom concern and chip maker said proprietary receiver sales have been stopped, and the operation itself is still up for sale:

“As we previously indicated in our July 2010 earnings call, we have been examining strategic opportunities for FLO TV. We have been engaging in conversations with a wide range of partners for both the network and the spectrum,” Qualcomm said in a statement. “We are seeing strong interest in using the FLO TV network or spectrum to capitalize on the growing imbalance between mobile data supply and demand, the growth of tablets, and consumer demand for high quality video and print content, and a richer user experience.

“Service provided to handsets purchased through wireless operators is unaffected at this time. In the event of a discontinuance of service, FLO TV will make appropriate refunds, the details of which will be communicated prior to discontinuation. While we are working to redeploy impacted employees, we anticipate that there will be some layoffs.”

FLO TV’s divestiture came up in last July when Qualcomm chief Paul Jacobs mentioned the possibility during an earnings call.

FLO TV is a mobile multichannel video offering transmitted via MediaFLO, a standard developed by Qualcomm that transmits up to 15 channels in 6 MHz. Verizon adopted MediaFLO for its VCast service three years ago, and AT&T also uses the transmission scheme. Neither carrier releases the number of its cell-phone customers who subscribe to the video service.

Qualcomm began selling its own FLO TV receivers about a year ago. The first, with a 3.5-inch screen retailed at around $250. Service started at $9 for a three-year prepaid subscription, while Verizon was charging $10 to $15 on top of a data plan. FLO TV subscriber numbers were not made public.

Qualcomm secured nationwide use of Ch. 55 for MediaFLO, and was still building out the network. The company invested a reported $800 million in spectrum, equipment and content to launch FLO TV. It had built out to around 100 markets as of last October. -- Deborah D. McAdams

August 3, 2010: “Broadcast and WiFi Take Wind Out of FLO TV Sales”
“A new study has found that disappointing adoption levels of existing mobile TV services--allied to competition both from streamed mobile services facilitated by the growing prevalence of WiFi, and from mobile reception of free-to-air terrestrial networks--has lead to growing disillusionment within the industry.”