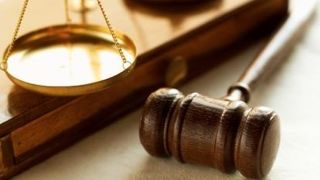 Aereo, the Barry Diller-backed online broadcast television technology startup, filed a response brief on Oct. 19, 2012, with the U.S. Court of Appeals for the Second Circuit asking the court to uphold a district court decision issued in July that denied broadcasters its request for an injunction to prevent Aereo from offering its service.

In that decision, the district court held the case was virtually identical to 2008 case decided by the U.S. Appeals Court for the Second Circuit involving Cablevision, which had sought to set up a cloud-based DVR. In that case, the court found no infringement because playback of programming from the cloud by an audience originally targeted for distribution of that content did not qualify as a public performance of copyrighted material, which is protected in the Copyright Act.

In its filing last week, Aereo said the U.S. Court of Appeals for the Second Circuit has “squarely and repeatedly, and stated without equivocation” that there is no infringement of the exclusive right of public performance in an instance where a transmission of a program to a single consumer is made and a unique copy of the transmitted program is only available to that consumer.

“The District Court, after careful analysis of both the Aereo system and the facts underlying the Cablevision decision, found that the Aereo transmissions at issue with respect to Appellants’ public performance claim are ‘materially identical to those in Cablevision.’”

The Aereo filing also took issue with the argument advanced by the broadcasters that its system was “carefully designed” to comply with the Cablevision decision. “There is considerable irony in Appellants’ suggestion that Aereo is somehow culpable because it carefully designed its system to comply the copyright law,” the filing said.