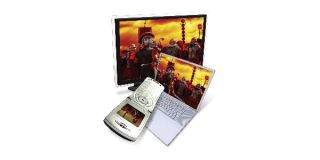 COLUMBIA, MD.:  A majority of folks now have multiplatform video access, but they’re using second and third screens as an additive rather than as a primary viewing source, according to metrics from Arbitron and the Coalition for Innovative Media Measurement. The two paired up on a pilot program to analyze three-screen video consumption. Their findings bear out Nielsen’s most recent three-screen findings, as well as a those from the Television Bureau of Advertising:

“While a significant portion of the CIMM TV audience used PCs or Android/BlackBerry mobile devices to access the leading online video sites, broadcast and cable TV was by far the leading choice for video consumption in terms of aggregate time spent with TV and video sites across the measured three screens.”

The amount of time participants spent watching content on TV accounted for 90.2 percent of their aggregate multiscreen consumption. PC’s accounted for 9.3 percent, while mobile was 0.5 percent.

Among other findings, 91.7 percent of panelists used a second screen. TV plus PC access to online video sites dominated two-screen use at 48.9 percent, while use of TV plus Android/Blackberry devices represented the smallest share of two-screen users at 7.3 percent. Use of all three screens accounted for 35.5 percent of the viewers of broadcast and cable TV outlets. Out-of-home consumption accounted for 13 percent of the total time spent with TV and online video sites.

The PPM technology measured each panelist’s exposure to any encoded audio content of local and national television, cable, and radio broadcasts and other media entities. To measure Internet usage, Arbitron PC meter software was downloaded to panelist computers to passively capture PC-based Internet usage from all panelists aged 18 and over. To track mobile usage, panelists downloaded Arbitron mobile software onto their smartphones to track URLs visited on their mobile phones.