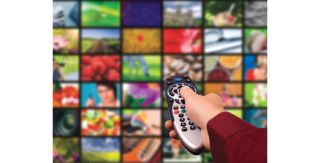 Are the researchers, with their various methodologies, identifying trends that are heading the same way and at the same velocity? Are their findings factored into an integrated communications landscape or merely hype for the anointed tech du jour?

One viable benchmark is the interpretation of actual usage, rather than spreadsheet speculation about future adoption rates. Discounting the “novelty effect” for new technology, actual consumer adoption is a valid metric. And most significantly, the best viewpoints are those that offer research with relevance: conclusions about how the new technology affects current operations at existing media companies, including broadcasters.

That’s why a new deluge of studies about multiscreen adoption is individually “interesting” and collectively “valuable.” Together they offer a roadmap of the evolving cross-platform ecosystem, plus a guide for how broadcasters will be part of this emerging environment.

SUPPLY AND DEMAND
The research on shifting viewing practices includes data from the demand side as well as various sectors on the supply side, including hardware, program content and delivery systems. By digging into the reports concurrently, you can design plans for a market where viewers are headed.

For example, the latest Global Video Index from Ooyala Inc. confirms a rapid shift in online video viewing toward long-form content (including movies, TV shows and live sports events) rather than the short YouTube-type videos of a couple years ago.

Ninety-three percent of viewing time of Internet-delivered shows (including video streamed from Netflix and Amazon) is devoted to long-form content, according to Ooyala, an online video management, publishing and analytics provider, with many media industry clients.

Almost simultaneously, GfK Group, another global research firm, published its measurement of Netflix viewers, which found that the average customer watches 5.1 TV shows and 3.4 movies per week. That adds up to about eight hours of weekly Netflix time in subscribing homes.

The Media Behavior Institute’s September “USA TouchPoints” cross-platform report brought the issues of social TV into the evaluation. More than 15 percent of adults use social media while watching live TV, and 10 percent are participating in e-commerce during their viewing sessions, MBI said.

Its study offered a low-ball assessment of the number of homes watching streaming movies and TV shows (barely 8 percent of U.S. homes), but pointed out that that level is up 40 percent since the previous status check six months earlier.

The MBI study also found that 20 percent of tablet owners ages 16–64 watch videos on that device at least once per week. On a more conventional level, MBI also found that 40 percent of Americans watch programs via a DVR each week, and 18 percent make use of the DVR daily. Those figures are vastly larger than usage of video-on-demand, which is watched 13 percent weekly and 3 percent daily, says MBI, whose client list includes advertising agencies, media buyers and TV networks.

Meanwhile, NPD DisplaySearch, in its “Connected TV Study,” found through its hardware-centric research that “TVs are increasingly becoming devices of choice for consumers, particularly since an increasing numbers of sets have either builtin connectivity or can be connected to the Internet via a peripheral device.”

Twenty-five percent of consumers surveyed said they view online content on their TV [sets] several times a week, according to Riddhi Patel, NPD DisplaySearch research director-consumer insights. Patel confirms that “movies are the most popular source of entertainment for consumers viewing Internet content on TVs,” with “broadcast video programming” also high on the list.

The NPD DisplaySearch study also offers an alternative view about the appetite for Internet-delivered video: 44 percent of respondents say they have “no interest in viewing that content on their TVs,” and about 30 percent do not own the necessary devices. Of these respondents, only one-third say they would be interested in viewing online content on their TV sets if given the possibility to do so, according to Patel.

LEVERAGING THE KNOWLEDGE
Sorting out and developing plans from all these data are daunting tasks. The reports extol sweeping enrichment prospects, such as Ooyala’s conclusion that longer online viewing sessions give content providers “more revenue opportunities.” With the growing amount of time spent watching online video on all platforms, Ooyala points out that “inserting multiple mid-roll ads will increase the average revenue per minute of content.”

McKinsey Global Institute takes a broader look at five emerging business models for “social technologies,” a few of which are suitable for current broadcast operations. (The others could be adopted if broadcast owners migrate toward other revenue structures).

McKinsey’s roster includes advertising, e-commerce, IT software/services, donations and value-added services such as marketing analytics and e-learning. Advertising and t-commerce, a television version of e-commerce, are the most pertinent for broadcasters, and “donations” and e-learning may work best for public media.

Although much of McKinsey’s study (“The social economy: Unlocking value and productivity through social technologies”) focuses on processes that companies can use to enhance productivity “through faster internal communication and smoother collaboration,” the analysis offers several perspectives valuable to media firms.

“Companies that depend very heavily on influencing consumers can derive considerable value by interacting with them in social media and by monitoring the conversations to gain a richer perspective on product requirements or brand image— for much less than what traditional research methods would cost,” according to the McKinsey report.

It also acknowledges that legacy corporate structures, developed well before the current interactive era, may pose barriers to implementing “the power of social technologies.”

Creating conditions that enable the use of social technologies “will be far more challenging than implementing the technologies themselves,” the McKinsey study concludes. Its fundamental premise, though, is that the revenue potential ($250 billion in the advertising category alone across all media) makes social technologies worth the effort.

Typically, this avalanche of research studies and management consultant recommendations offers an aggressive and confusing array of options. The core message to broadcasters is that audiences are definitely exploiting their alternative viewing options.

Equally important: corporate partners (including technology providers and advertisers) are revamping their priorities and ways of doing business.

Turbulent times have never been so promising—if you can figure out how to navigate them.