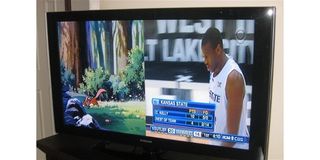 WASHINGTON: The Federal Communications Commission today approved a Report and Order allowing TV stations to share a channel. The move, designed to free up spectrum for wireless broadband, is unprecedented.

The R&O “establishes framework for channel sharing,” said the FCC official describing it at today’s public meeting. The document itself had not been released as of this writing. “It an be summarized by two key terms, ‘voluntary,’ and ‘flexible.’”

Each station will continue to be licensed separately, have it’s own call sign, and be subject to FCC rules and policies.

Full-power and Class A stations will be eligible, plus commercial, non-commercial and educational licensees. Must-carry and other carriage rights will remain intact for each sharing licensee. Further considerations for channel-sharing, as well as improved transmission in the VHF spectrum, will be addressed in a further proceeding.